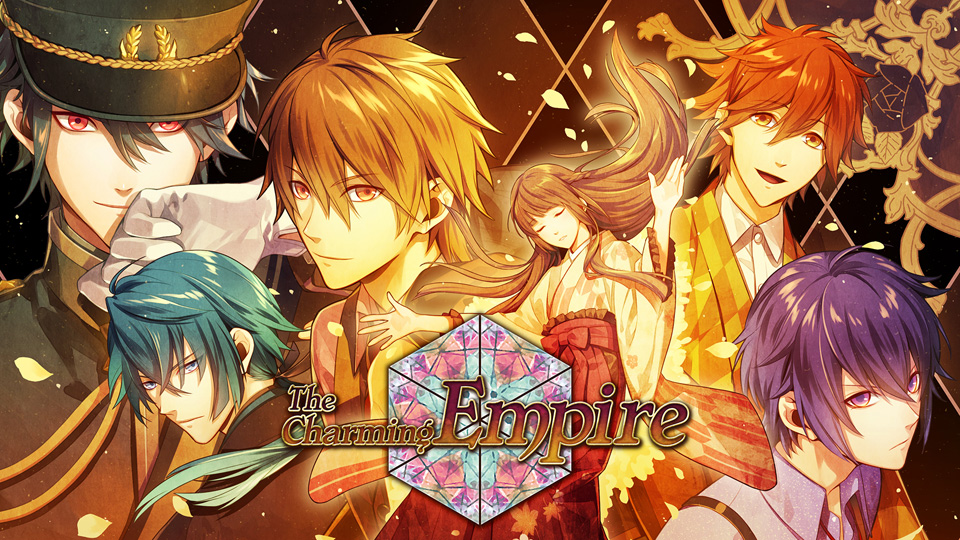 Do you know what I love about sims? They offer a different experience than most games, and are all about transporting you to other worlds and making you invested in them and their complex storylines. On the agenda to review this week, was none other than The Charming Empire and although it is a good start as far as sims go, it’s basicness is something of an issue.

Originally released as a made-for-mobile title, The Charming Empire was ported to PC in 2017 before making its way to the Nintendo Switch in 2018 and works in a similar fashion to other traditional love sims. It stars a protagonist who is new to the area the game takes place in, meets the locals and falls in love with them. It’s a basic formula, one that has often worked in the past and that I am well aware of, but never bothered to play in the past. Focusing on one of the game’s immediate highlights, is how typical Japanese The Charming Empire is.

It’s neat to be able to play something that you’re not all that familiar with, as while at the same time being a game for you to play, it’s a lesson on Japanese culture and one such instance as to what to can be learned, is the fact in Japan, most people use their surnames to address each other, as referring to someone by their first name is a sign of closeness. On the subject of the port from mobile to console, especially Switch, The Charming Empire runs perfectly and has some impressive visuals, even in handheld mode, which is probably how you’re going to spend the most time playing it, unless you actually want to see your husbandos on a bigger screen (TV.) As for controls, there’s nothing to really highlight as the “A” button does most of the work, but there are touch-screen controls, for those who wish to use them for making their choices. It might not be much, but it is a nice way of showing the developer tried to ensure a quality port, unlock the mobile to Switch port of WorldNeverland.

Storywise, there are some things worth talking about. You play as the sister (who’s name can be renamed,) of a dictator who has been living in the countryside for a while now. You’re suddenly forced to go live with him in his palace. The problem is, he’s a very mean and unpopular dictator. He acts very coldly toward you and you must obey his orders. His goal is to have you married to a prince from another kingdom… You have to be careful as there’s trouble brewing and rebels are on the rise. There is a prologue before you start the game and start to play it, as it sets up the story and the gameplay perfectly.  Whatever path you choose will have you meeting your assigned guy pretty quickly.

As for gameplay, The Charming Empire works differently than other dating sims. You have 5 different paths, with each path having a different story, which are basically an alternate course of events that all end in with you being involved with a guy. (Sorry lads, this is pretty much a game for the female sex, but you are welcome to play it if it interests you.) But ultimately, although the stories do vary themselves the beginning and end is the same. Naturally, with the different paths, there is a positive for having them, but there’s also negative.

You see, due to having different paths, although they offer the means to experience the game’s many differing stories, each of the individual stories seem to fail to properly engage the player. At least, they failed to engage me because of the way they were written. Each story is good enough to justify playing through each one, but with bland writing that fails to make The Charming Empire stand out as well as it could do, compared to all the other sim games currently available. That’s not to say that the stories aren’t interesting in their own way, but when the suitors are just nowhere near as well-developed as they could have been. The shy and reserved guy is pretty much just that and the flirty guys is well, flirty. Furthermore, the different paths aren’t overly long as they can each be completed in 3-4 hours, but with the romance seeming a little too unbelievable, the hours required to see the story through to the end, can seem twice that.

But even with The Charming Empire doing the typical sim thing, of letting you make choices, the choices don’t affect the outcome of the path you have chosen and there’s not really a lot of them either and that’s not good. Had the choices have any sort of impact whatsoever, you might find yourself replaying each path, just to see how else it could have panned out, but instead, each path is more of a one and done sort of thing. Never to be played again, as you move onto the next story, with no looking back.

Overall The Charming Empire is an interesting love sim. It has a great setting and a decent set of stories, but the fact of the matter is that by being separated into separate paths, The Charming Empire can quickly become forgettable, due to the basic experience it has to offer. The characters aren’t all that interesting and the writing is just too bland for my tastes. Nevertheless, if you’re looking for a solid love sim, then you’re welcome to give The Charming Empire a try and see if it’s to your own liking, but maybe wait for a price drop as it’s a little pricey in its current state.