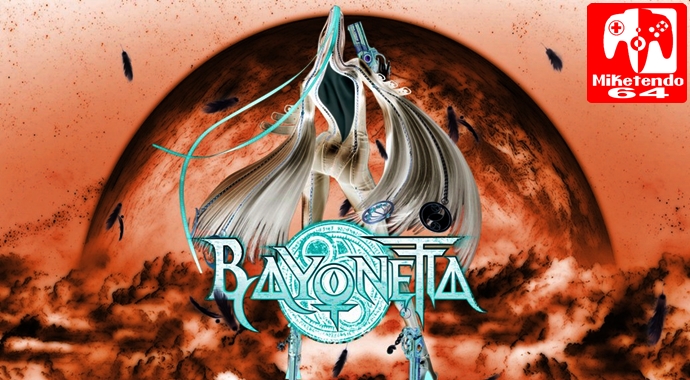 Putting the Sexy Witch in Switch!

Before there was a Bayonetta 2 that launched exclusively on the Nintendo Wii U, there was Bayonetta, a hack and slash game about a Witch with a very interesting background behind it. Not only was it published by Sega for PlayStation 3 with developer PlatinumGame’s original data and support, but Bayonetta was conceived from the mind of Hideki Kamiya. The very same Kamiya who’s been involved with Devil May Cry and Resident Evil and it shows! Bayonetta is a female evolution of Devil May Cry and for game that first released in 2009, on Switch it is seemingly ageless, which only means its developers did a fantastic job with its creation.

Unlike its sequel, which is also launching on Switch this week, Bayonetta may not have seen as many new features, due to there being no need to add Local Play since Bayonetta doesn’t have a Tag Climax mode and wasn’t made to support amiibo, it does however have Video Capture so you can film all of your favourite scenes and watch them whenever you please via Album on the home screen of the Nintendo Switch. There’s also not much of a performance update as docked or undocked, Bayonetta runs at 720p, so it’s not that much of a step up from what we saw and got from the Wii U version, except now it’s what you could once see on your TV, but in the palm of your hands when playing on the go and then on a TV just as soon as you dock your Switch.

Still, just because graphics and textures haven’t been modernised to compete with games of this decade, Bayonetta is still a stunningly beautiful game with lavish battles, cut-scenes that feel like they’ve come right out of an animated movie with a decent budget and a voice cast that knows how to deliver, as Hellena Taylor, who voices Bayonetta, has such a way to her in the way delivers her lines, that even the mundane responses feel more humours and suspenseful than previously intended. Even then though, that’s not the only treat for the ears as Bayonetta comes packed with an up-tempo beat to get the party started and the action pumping. Although there are some tracts that are pure orchestra, which you can take or leave as everyone’s tastes in music differ greatly.

Now, because to put it off any longer, story-wise, Bayonetta is a game about an Umbra Witch of the same name, who literally has no idea about who or what she really is, as her own past is a mystery to her, after spending the last 500 years sleeping in a coffin, until she was one day awakened. What she does know however, is she is the last of her clan, the Umbra Witches, which one day lived in coexistence with the Lumen Sages, until the single sex clans got a little too close as one witch and one sage got together and had a child. A child who would ultimately cause a war between the two clans, which her clan would win, only for a single surviving Lumen Sage, the war was not over and he saw to it the Umbra Witches were ended for good.

Within the first hour of Bayonetta, not just content with killing Angels, purely because she can, Bayonetta is seeking something and with the aid of Enzo, a colleague of sorts with whom she works with, the information he has for her, would soon see her life change in a way she could never have conceived. Her pursuit of a certain object would see her travel to the fiction European city of Vigrid. On the surface, Vigrid is a place of worship and success, but the reality of the place, is it was once the home to both the Umbra Witches and Lumen Sages before the war broke out and being a place of such importance, Bayonetta will find more than just a stone, but herself, what happened 500 years and learn the fact she is not alone in this world as she once thought. But if that doesn’t sound all the exciting to you, there are Angels and different dimensions, such as a parallel plain known as Purgatorio, and sacrifices that need to be made because the side of light, the Angels and Paradiso, seek to rule over everything and in order to do that, they need both The Eyes of the World to resurrect their fallen leader. But being the Angel killer she is, Bayonetta who is on the side of darkness, is the only one who can stop them.

Thusly, because Bayonetta is a game full of epic (pronounced EPIC) boss battles and fights against Angels, combat is very similar to that of the Devil May Cry games. Bayonetta is a single-player third-person hack and slash that comes packed with elaborate long ranged attack, melee attacks and guns attached to Bayonetta’s boots. While, when playing with controls, as touch-screen controls are supported and very responsive, ZR is your go-to button for dodging attacks and triggering Witch Time, an event where time and enemies slow down so that Bayonetta can administer as much counter damage as possible before everything goes back to normal. As for Y, that’s for shooter your guns, with X and A being used to dish out some hard hitting attacks, Wicked Weaves and provided certain prompts have popped up, can also be used to barbarically torture Angels. (Can someone say Iron Maiden?)

How she performs in each battle can see her earn a different medal based on her time taken, combo and damage taken performance, with an overall medal revealed at the end of each level and while you might not get Pure Platinum in the earlier fights, the more you kill and Halos you earn, the more techniques you can purchase from The Gates of Hell, thus causing you to perform more extravagant combos. (Every little helps.) But there are more than just new moves Bayonetta can go on to learn, there’s also purchases accessories to improve her powers, edible items to refill your upgradable life bar and boost your attack power, and new weapons! Why stick to a set of 4 guns, when finding complete and fragmented LPs that are then completed, can allow you to give them to Rodin and get a new weapon in the process, which can then be equipped to your hands or feet, provided you own the purchasable ALT version.

You’d be surprised how much a change of weaponry can change things up in the heat of battle and whilst it is true they can be changed at any time, via pressing the – button and changing your currently assigned set, you can of course create 2 sets and switch between them at any time, just by pressing L in and out of battle. Talking about out of battle, although Bayonetta is action focused, like with its sequel, there is also quite of exploration to this title as well. So, if skulking around a city in human or even panther form as Bayonetta can shapeshift when you advance far enough into the game, or event venturing through catacombs is something you like doing, Bayonetta has quite a bit of it. In fact, because of certain in-game acheivements called Umbran Tears of Blood and discoverable Umbran Crows and pieces of literature scattered throughout the various levels that make up Bayonetta’s main campaign, there are plenty of secrets to discover, but only if you’re willing to track them all down.

One such secret are portals that take you to Alfheim, special places in Paradiso where Angels host banquets and entertain any guest who visits them in a justly manner. In other words, it’s a fight club, there are lots of them and each fight club have certain requirements, staying in the air for a duration of time, defeating all enemies in a certain time limit and even defeating Angels within an allocated number of punches and kicks. Emerging victorious will allow you to get a medal based on your performance (same with the Verses in the outside world) and a prize of either a Broken Moon Pearl, or a Broken Witch Heart.

Now, unless you’re going to play Bayonetta with a guide on hand, you will not completely beat each level (also known as a Chapter,) the first time round, so even though each difficulty playthrough of Bayonetta can take you anywhere between 8-12 hours, there is plenty of replay value in the form of seeking out everything you have missed and just playing through the game again, for the sake of dressing Bayonetta up as Princess peach, princess Daisy, Samus Aran and even Link from The Legend of Zelda series, as all four costumes are available from the get-go and shown to be worn by Bayonetta, in each of the game’s cut-scenes. Should you need a little more than all of that though, there is also a mini-game called Angel Attack that plays out at the end of each Chapters. It’s nothing exciting like the fighting, which hardly ever feels repetitive due to how much you can mix it up, but it’s the option to use special bullets you acquire to shoot Angels for points that can be used to buy more lollipops, or traded in for Halos. (Dealers choice and all that!)

Being the original game, Bayonetta is still the game that gave us a sassy, sexual Heroine who knows how to give the player a good time, as she gives her enemies, a bad one. It’s also still the brutally barbaric creation that made our eyes bulge and mouths hang agape and yes, it still has the same element of surprise and brilliance all these years later that still make it a must-buy title, even if you have already purchased it before.