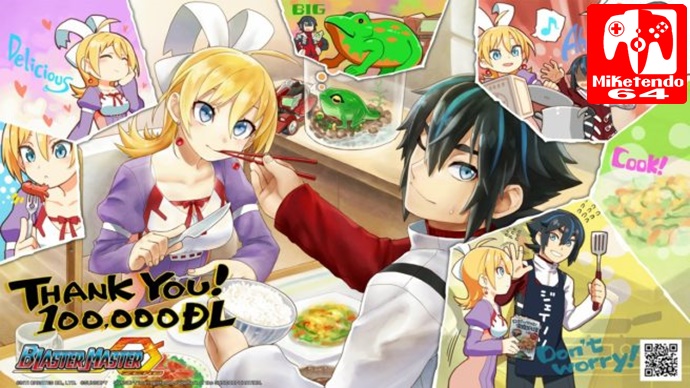 Boss Blast Mode is Coming to Blaster Master Zero as Part of a Version 1.4 Update

Get ready to return to Blaster Master Zero, as a new update is in the works and it will be out very soon!

Revealed by Inti Creates as part of a Niconico stream, they revealed the Version 1.4 update will drop next week (October 5th) and that a big part of the new update is its new Boss Blast Mode, which is essentially a Boss Rush mode, but that’s not all. While Boss Blast Mode is solely for a single player, there will also be a Multi Boss Blast mode for two players to do together, only both Boss Blast modes are solely for the Nintendo Switch version of the game. They will also be completely free, but although all you need to do it update the game for them, you will need to beat the game to access them.

But there’s more to it than just that as there is one other change on the way, as for save files, they too will see an increase for Nintendo Switch, as more are being added, so whereas now there is only 9, once the update drops, there will be 21 and some footage of this forthcoming update can be seen right here: