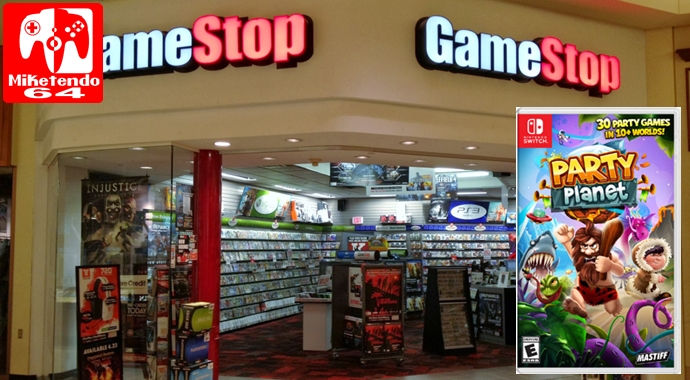 Party Planet is Coming to Nintendo Switch Thanks to Mastiff Games

For anyone wondering when Mastiff Games’ first Switch game will be revealed, it’s happened and it’s all thanks to GameStop.

According to a new listing on the retailer’s website, Mastiff Games are bringing Party Planet to Nintendo Switch. Releases on the 12th of December and it will have an exclusive GameStop physical release. For more information, here’s the overview provided by GameStop:

There’s a party and the whole planet is invited! Welcome to Party Planet, the ultimate collection of mini games for thrill-seeking party lovers and solo adventurers of all ages.

In Party Planet, up to four players can compete or cooperate to unlock a total of 30 fun-filled games as they climb, run, jump, sail, rocket, shoot, and even putt their way across 10 vibrant, exciting, living worlds.

Aside from all of the above, these are the only details currently known, as even media is scarce as the box art image is the only image of Party Planet’s existence at this time, but hopefully, more information will come soon now that the cat is out of the bag. We’ve also actually emailed Mastiff and hope to get a response sometime next week (it is a Sunday after all.) But as soon as we know something, so will all of you.