Ratalaika Games Reveal 13 Games for Nintendo Switch with 6 Releasing this Year and We List 4 of Them! 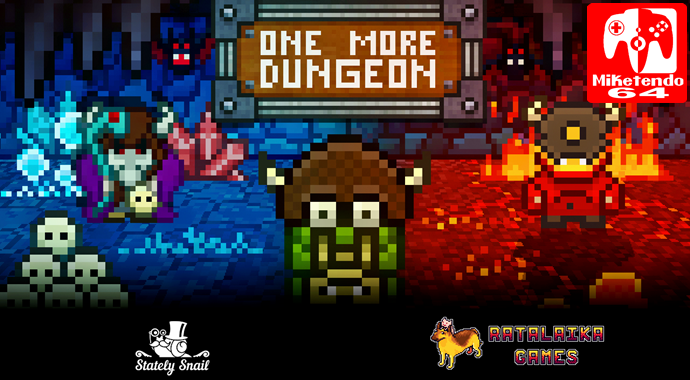 If there is one European based publisher worth keeping an eye on as far as the Nintendo Switch is concerned, it’s Ratalaika Games and today, they really did let the cat out of the bag.

As well as a new trailer for #LeagueOfEvil, @RatalaikaGames also has a special announcement to make on Twitter. https://t.co/LDhuXaK8zM

Yep, and it's happening today! Within the hour. Within mere minutes.

Ratalaika Games aren’t just publishing games for Switch, they’re helping other publisher’s port games to Switch as well and today on Twitter, we got to work with the publisher with revealing just how many games they’re involved with for Nintendo Switch. So, how many games do they have on the go? The answer is 6. Ratalaika Games have 6 games planned for Switch this year, with another 7 releasing next year and I don’t know about you, but that surely something worth bragging about!

For anyone who doesn't get #LeagueOfEvil next week, we do have another 6 games we're involved with coming to #NintendoSwitch this year!! pic.twitter.com/82x71ZZwYS

Depending on how it goes, it may be more. If not, we can confirm we’ll have another 7 #NintendoSwitch games for 2018https://t.co/6lXf4Oy7tk

What makes this fact even better though, is the fact that the soon to release League of Evil, last month’s I and Me and even Vaccine, which Ratalaika Games ported, are not among the 6 games that are launching this year. This means there will be 6 games in addition to the 3 I mentioned and believe it or not, four of them have been made already public, so here is a list of the 4 Switch games Ratalaika Games are involved with that releases this year:

By no means is the list the order in which the games will release, but it is the order in which Ratalaika Games’ involvement with the games was made publically known. As for the other two games releasing this year, well that would be spoilers, so we’re going to mouths zipped about them until the time is right, and while Ratalaika Games do have their hands full with games for Switch, they still have 3DS games, PlayStation 4 and PlayStation Vita games on the way as well!

So if you’ve never played a work by Ratalaika Games before, there is a very good chance you do will very soon!