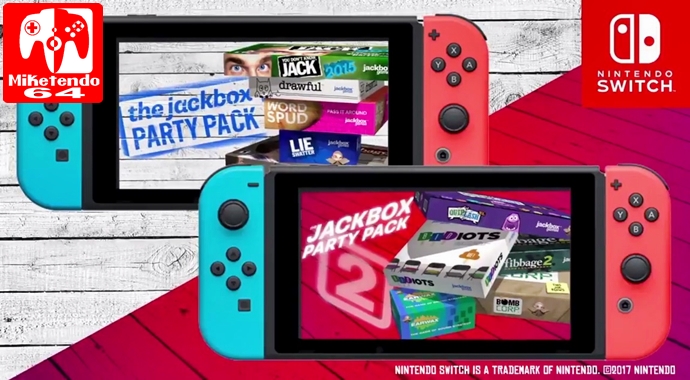 It took a little longer than we had hoped, but we did it!

Finally you will be able to grab a Nintendo Switch and play all of your favorites, including YOU DON’T KNOW JACK 2015, Drawful, Fibbage 2, Earwax, Bomb Corp, and, yes, even Word Spud. Hours and hours of Word Spud.

What’s that? Still not enough? Wow. Okay. Hmmm. How about this: The Jackbox Party Pack 4 will join the rest of the series on Nintendo Switch this fall.

Note to self: Maybe we shouldn’t burn everything.

And now a tough choice awaits consumers as they must now decide which version will they get this week and which one they will put off till next time, because everyone needs some Jackbox action in their life!