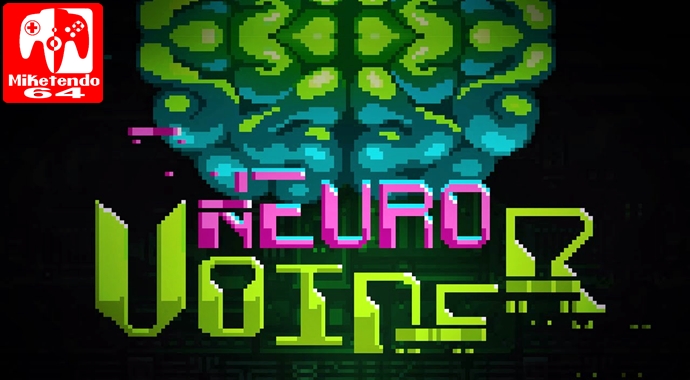 It’s time to keep the tradition of surprise titles being announced/revealed for Switch and this time around, it’s NeuroVoider! Sure we knew about it already, but we didn’t know it was going to get its own eShop listing so soon.

So to better educated you all on the Flying Oak Games developed/Plug In Digital published NueroVoider, here is the game’s overview and features taken from the title’s presskit:

NeuroVoider* is a twin-stick shooter RPG set in a cyber futuristic world about brains shooting around evil robots with nuclear rocket launchers. Battle through the horde of vigilant robots, boost your character with the smoking remains of your victims, and defeat the master NeuroVoider to end this eternal war. Play it coop with up to 4 friends, or go alone in an adventure of hack’n’slash rampage, with a pinch of rogue-lite, and some permadeath. * may contain explosions.

For anyone who would like to pick this bad boy up, it’s out next month on the 7th of September.