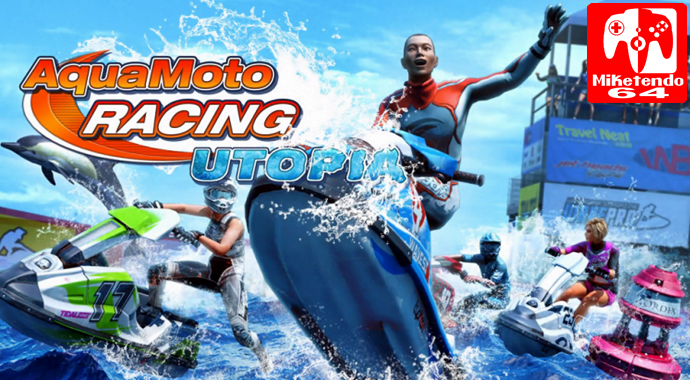 If you’re into mountains, Snow Moto Racing Freedom will let you drive snowmobiles at top speed on snow-covered tracks and perform spectacular acrobatic stunts. If the sea is more your thing, Aqua Moto Racing Utopia will let you take to the waves in hectic races on super-charged jet skis.

Both games, with content identical to the already-released PlayStation 4® and PC versions, take full advantage of the multiplayer features of Nintendo Switch™: you can play with up to three of your friends in local split-screen mode, with up to seven players locally with everyone using their own console, or you can take part in online races against players from around the world.

“We are delighted to be starting our Nintendo Switch™ catalogue. These two games are particularly well-adapted to what fans expect of the console: very multiplayer-oriented, fun, simple to start playing but with a wealth of content.” stated Benoit Clerc, Director of Video Games with Bigben.

“It gives us great pleasure to be teaming up with Bigben to port these two games to Nintendo Switch™” added Matti Larsson, CEO of Zordix.