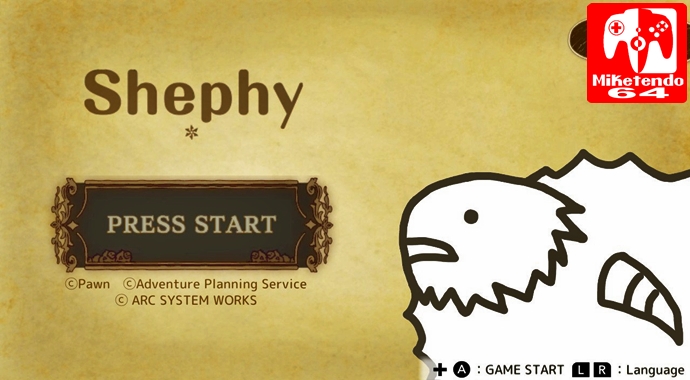 Category: Board Games, Puzzles & Other

“Baa Baa, baa, black sheep, have you any wool? Yes sir, yes sir, three bags full!” Wait what am I doing? I’m supposed to be writing a review about a Solitaire styled game that’s all about Sheep, not singing old school songs about sheep, so let’s do the former shall we?

If you were not aware, last week an entirely Sheep focused game entitled Shephy, released in all regions for the Nintendo Switch. Just like a lot of the games that have come out on Switch, Shephy is another port of a game that has already come to other platforms, such as the mobile variety. (Yes you heard me, another mobile game has gone on to get a Nintendo Switch release.) Only Shephy was also released as an actual physical board/card game of sorts and it seems the high praise and warm welcome Shephy got the first time round back in 2013, has since gone out the window as the Switch version is being met with a similar distaste Vaccine got.

Still just because a bunch of people are saying it is bad, it doesn’t matter that ewe (yes that is a pun,) need to believe them, or me for that matter, but difference is I will actually write a fair review whereas others did not. So Shephy, it is a card game that can be described as being like Solitaire, if Solitaire was crossed with Yu-Gi-Oh. For it is a game that requires you to play the cards you dealt to essentially trade your way from having a single card worth just 1 sheep on the field until you have a card worth 1000 sheep. Only it isn’t that easy as you have just 3 rounds to do so and although your deck of cards refills with every new round, it’s not necessarily a good thing.

Why not? Well it’s because while the deck is full of Positive cards like Fill the Earth, which allows you to summon as many sheep as you can to fill the field (7 slots in all), it is also full of Negative cards that will force you to bid farewell to your cards of humping sheep (I’m not kidding, some of cards in the game have images of sheep on top of one another, in a weirdly perverted, yet nicely drawn style of three sheep grouped together.) Some Negative cards however will just resort to causing you to lowering the rank of your highest sheep card. (Sheep card ranks consist of 1, 3, 10, 30, 100, 300 and 1000.)

Still just because Shephy is a very sheep focused game, with beautifully hand drawn cards of sheep and everything else that’s sheep related, do not for one second think it is an easy game. It is a game that requires strategy and some clever thinking, especially if you actually desire to beat the game in all its various. Also it is nowhere near as fluffy and light as one would assume when first playing as there is a Post Loves mind, which is essentially the game’s story and told in a manga-like style, the story gets dark as hell and the levels they force you to play require very specific ways to win. But even then you seek an even hardier challenge than the one Post Loves and Basic Mode can give you, there is of course a Challenge Mode and lots of in-game achievements. Plus you know, there’s also a gallery where you can check out all the cards you have encountered and can unlock by playing the game over and over, really putting those hours in.

There’s also the fact that being a game that was made for mobile devices, Shephy supports touch-screen controls, as well as likes of the Pro Controller and yet as humorous, daft and enjoyable Shephy is, its soundtrack can get way too repetitive. But then what do you expect from a game that will make you want to play again and again and again, of course the music is going to prove too much for you, but is actually one of those games that is a lot better than perceived, even if it is just a card game that can be a little unfair at times.

In no way at all will Shephy take over the world due to having an immense popularity, but there is a fanbase for it and it isn’t a baaaaa-aaad game, and yet, nor is it a great game. Still I liked it enough to keep playing for more hours than I had to and I feel it does deserve a 6/10. It is an affordable title that is worth its value, but there are other games you can choose to purchase instead for the same price.