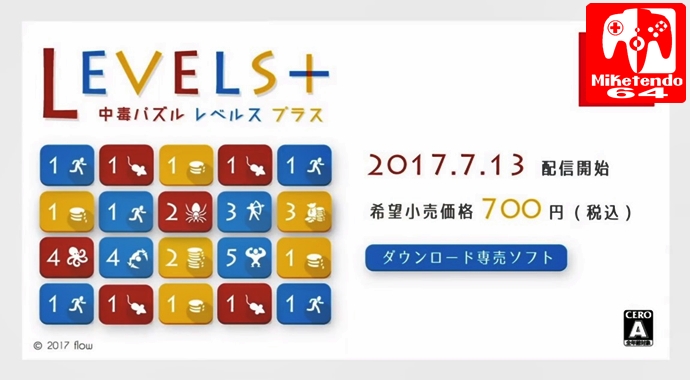 By now there’s a good chance you’ve heard about Levels+ Switch release for Japan, but what you might not have heard is that it will also release in Europe next week as well!

Requiring just 79 MB to download it and 700 Yen to buy it, (no EU price at this time,) Levels+ Addictive Puzzle Game is a game that previously came to mobile devices and is described on the App Store as “Addicted to level grinding! Levels is a simple and deep new puzzle game.”

A video for the upcoming release can be seen here: