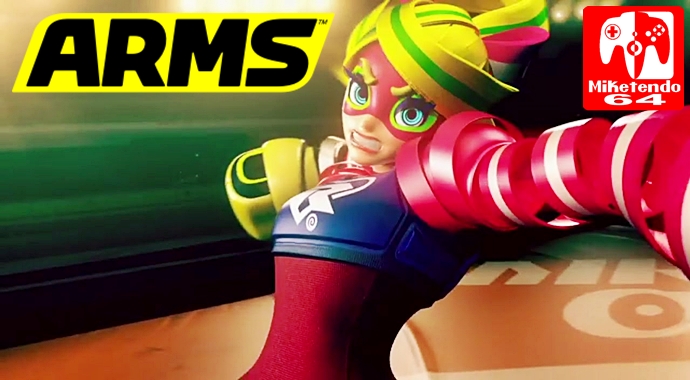 As part of Nintendo’s E3 antics, ARMS fighter Max Brass was revealed and confirmed for release this month and today more details regarding the forthcoming update have been divulged.

According to Kosuke Yabuki, the Producer for ARMS, who was in attendance to an ARMS tournament hosted in Japan, as well as Max Brass and some new ARMS, the new update which Nintendo aim to roll out in the middle of this month, will also consist of various online fixes and a new mode, which nothing was disclosed about. Still at least the update is going to be meatier than previously believed and we can expect to see it implemented around 2 weeks from now.

So to tide us over till then, here’s a new character trailer of Max Brass in action and footage of today’s Tournament:

But because that’s not all, the ARMS Japan Grand Prix 2017 was also announced and is slated to take place this Fall and will have qualifiers taking place in Tokyo, Nagoya, Osaka and Fukuoka. More details regarding the event are to be shared via the official ARMS Twitter account and because this concludes today’s piece of ARMS news, until next time, keep on gaming!