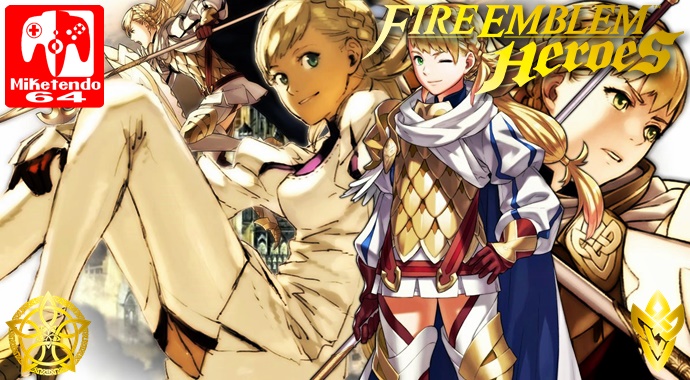 In typical fashion, the next Grand Hero Battle has been revealed once more on Twitter, and is said to kick off tomorrow. The battle is against Grand Hero Clarisse (of Fire Emblem: Mystery of the Emblem fame), who can already be fought on the Paralogue map 7-3.  Also for the diehard players, there will be an Infernal difficulty available if you feel like challenging yourselves and a preview of the map can be seen below, so if you want to start putting a strategy together, feel free to do so:

Unofficially, since the release of new date today (aka minor update,) a dataminer over on reddit has uncovered plenty of new details, with the biggest being a second Tempest Trials is on the cards, but there will also be a new Summoning Focus called “Ylissean Summer.” This banner will include characters from Fire Emblem: Awakening, who will all be sporting beach attire. (Heroes line-up is said to consist of Tiki, Female Robin, Frederick and Gaius.)

As well as the mention of these characters, there are also photos which can be seen beneath this paragraph, but there will also be a new Paralogue added, with associated Quests.

Now while there is no mention as to when this content will all drop, typically when date such as this has been datamined in the past, it has come to fruition a week or two after the fact, so providing history repeats, we won’t be left waiting too long.

Until next time, Keep on gaming!