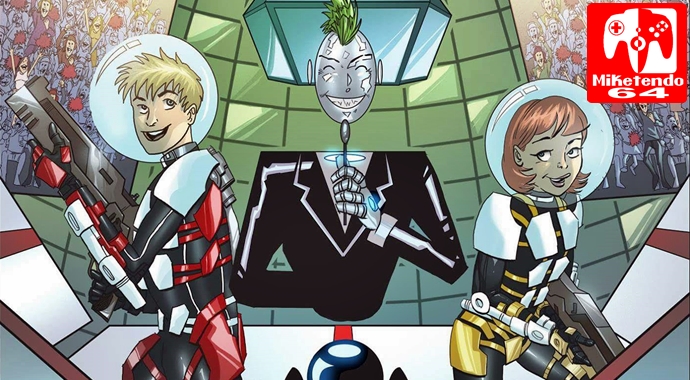 So what do we have for you this time? Well because the game has made its Kickstarter goal, we got in touch with Midnight Status’ Jeremy Alessi to ask him a couple of questions as to what comes next and now we’ll be sharing his responses here for you to enjoy?

Congratulations on reaching your goal. It was a bit touch and go for a while, but you did it. How does it feel?

Jeremy Alessi: It feels amazing but also daunting. We have validated the market for Swap Fire 2 but we also have officially started carrying the responsibility to build a great game which means we have a long road ahead with many challenges. Last night I was a bit restless but I woke up on Saturday morning pumped and immediately started contacting my investors and advisors.

So to put it bluntly, because the goal is reached, what happens now?

Despite securing the required funds for a Switch release, you haven’t actually got a Switch dev kit have you? So what’s the plan with regards to that?

Jeremy Alessi: Nintendo is being very selective with Switch dev kits currently. That said, we are going to make a strong case for being amongst that selected group based on being #2 only to Zelda: Breath of the Wild on Wii U, running a successful Kickstarter, raising significant capital, and presenting more beautiful art and/or a demo that look like Charlotte (the 3D character we showed on KS). We also have a ton of great player comments that we will send them. If need be we can rally our audience to contact Nintendo directly. We’re going to go all out to make this game great and get it on the console as soon as possible.

Well Jeremy, we wish you the best of luck with all of it and since Swap Fire 2 couldn’t happen without the fanbase you clearly have, is there anything you would like to say to your backers and fans?

Jeremy Alessi: Thank you very much everyone for all your support. We are fueled by a great community and we are hungry to deliver an amazing game for them.

And purely because we don’t to leave Swap Fire 1 out, how is the European release coming along?

Jeremy Alessi: I believe we have identified everything we need to fix for version 1.1. We will release that in the US first and then we will retool for the EU. I would like to get both releases done before the end of the summer.

This is by no means the last we’ll be hearing about Swap Fire: Season 2, or Swap Fire 1, so expect plenty more coverage in the months to come. After all, we’re just as excited about the two games as the fans are!