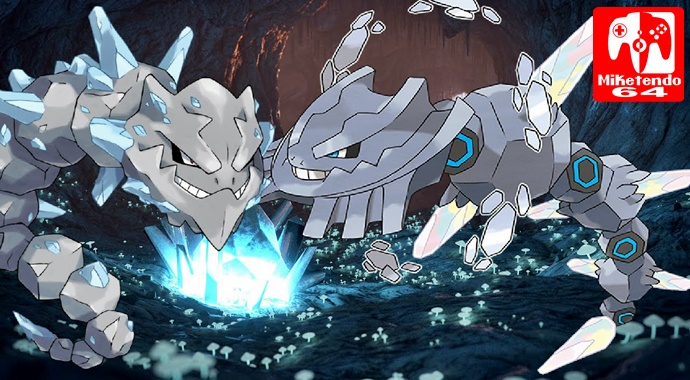 Whilst participating players of the International Challenge for February, are awaiting the results and the distribution of the offered Mawilite and Beedrillite Mega Stones, details on 2 more Mega Stones for Sun & Moon has come to light.

By participating in the Kanto X Alola: Regional Rumble competition, players will be able to earn themselves the Pigeotite and Steelixite Mega Stone, provided they battle at least three times to get their names in the rankings. Given the name of the competition, you would be right to assume that only Pokémon available from Kanto and the Alola region are eligible to be used, with the exception of Mewtwo, Mew, Zygarde, Cosmog, Cosmoem, Solgaleo, Lunala, Necrozma, and Magearna.

Below you can find the official Competition Information that comes directly from the Pokémon Global Link website:

–Participation Gift: Qualified participants in the Kanto x Alola Regional Rumble Online Competition will receive the Mega Stones Pidgeotite and Steelixite. To qualify, players must earn a place in the rankings by completing at least three battles.

But for those of you who choose to skip the competition next month, the Pidgeotite and Steelixite Mega Stones will be distributed via Serial Code later on this year and just as soon as we know when, we’ll be back to provide an update.