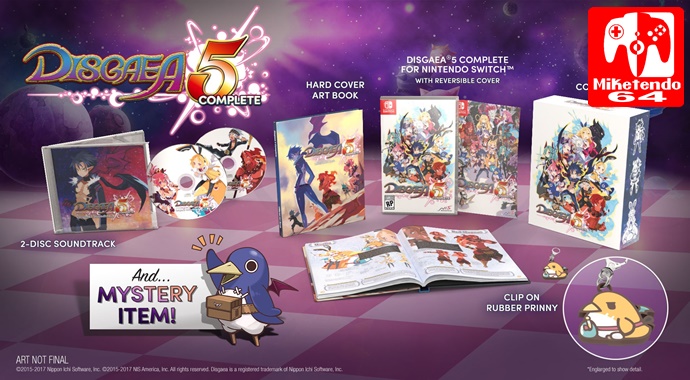 It is the 18th of February for Europe, which means it is the day/morning of the Annual NIS America Press Event and the reveals have come three-fold, but first up, let’s talk about Disgaea 5 Complete.

While it was confirmed Disgaea 5 Complete is coming to the Nintendo Switch on the 26th of May that particular release date is for Europe as during the event it was revealed that the 23rd of May is the release date of the North American version and that Disgaea 5 Complete’s physical edition will have feature a reversible cover for all regions, so if you were to buy the European game, or even the Japanese release, you’ll still get that reversible cover!