If Nintendo Wasn’t Considering a Mobile F-Zero Game Before, They Are Now! 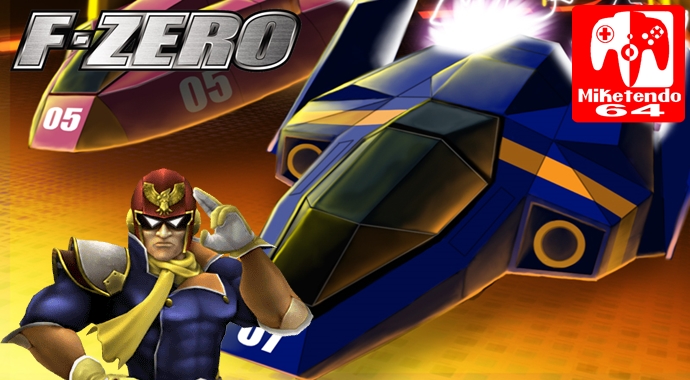 Attention F-Zero fans, if you dream of Captain Falcon making a triumphant return in a new F-Zero title, it might just happen after all and Miketendo64 has played a role in its creation.

Given the fact that conversing with Nintendo’s Customer Support continues to provide results, I thought I’d try something new and pitch an idea to them and that idea was an F-Zero game for mobile devices. If you paid attention to our site lately, you’ll have noticed we actually did a video on F-Zero as a mobile game and what Nintendo could do to make it work, but in case you missed it, allow me to summarise my idea for you. F-Zero as a mobile title is to work the same way as Asphalt 8 (a racing game that is already available to download now for free, yet features in-game purchases), a game that uses both tilt-screen controls and touch screen buttons to boost and drift.

Now I’m not going to spill the whole beans on the whole mobile F-Zero idea, because where would the fun in that be? But what I will do is share Nintendo’s immediate response to my game suggestion, which you can see right here via photo:

While it does not confirm Nintendo will make a mobile F-Zero game a reality, the fact of the matter is it is a concept that they are now thinking about. An idea they are considering and since we know Nintendo listens to what their fans say, were we to rise together and demand an F-Zero title, there is every chance Nintendo would properly dedicate themselves to such a game and it could release in the next fiscal year (April 2017 through to March 2018.)

The time to unite is now, but that’s not the only bit of Nintendo mobile news I have to share, as I also pitched another game to them, and it is a suggestion that is warmly welcomed mobile game is a mobile version of WarioWare that could feature, touch, tilt, and voice controls.

So should a year or two down the line, Nintendo do release an F-Zero and WarioWare mobile game, just remember it was Miketendo64 who planted the seed that Nintendo then grew!

8 thoughts on “If Nintendo Wasn’t Considering a Mobile F-Zero Game Before, They Are Now!”