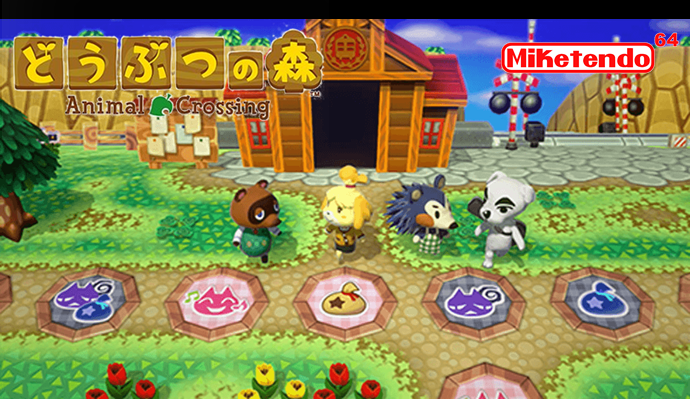 Smartphone Animal Crossing Title Gets Pushed Back Yet Again

If you were hoping to see the mobile Animal Crossing game release this side of April, think again!

With the final day of January here, Nintendo have shared their latest earnings reports, an update million sellers list and among this information, it has been revealed that yet again, the Animal Crossing title has been pushed back yet again to the next fiscal year, which begins in April.

As for the cause of the delay, we have Super Mario Run and Fire Emblem Heroes to thank for that. When Super Mario Run was first revealed, Nintendo stated the smartphone titles of Fire Emblem and Animal Crossing were to be pushed back to 2017, as opposed to releasing in 2016 like previously planned during Fall. But even though Super Mario Run is out now for iOS devices, it seems like Nintendo and DeNA can only really give one game the focus it deserves as Animal Crossing, being less along in  development than Fire Emblem Heroes was, Heroes was given priority status, so that it could release sooner (the 2nd of February.)

The only real good news to take away from this is that the game is still coming, but at the earliest it will release is April and with Fire Emblem Heroes releasing less than two months after Super Mario Run, an April release is likely, but that doesn’t necessarily make it true. It also means that Nintendo’s plans of releasing five games/apps in a single fiscal year (Miitomo, Super Mario Run, Fire Emblem Heroes, Animal Crossing & an unannounced 5th game) has come up short. And with them wanting to make and release 2-3 mobile games a year (and that’s the minimum number,) while the do seem to be on track for it, it seems they have a lot to learn if they wish to produce titles faster and still give them the classic Nintendo charm.

Source: Nintendo via Nintendo Everything