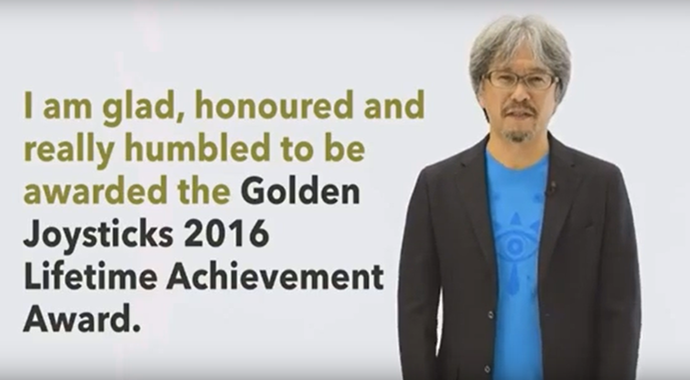 Nintendo have done the double. In 2015 the late Satura Iwata walked away with the Golden Joystick award for Lifetime Achievement and this year the honour goes to Aonuma!

Given the games the man does have under his belt, it’s no surprise he picked up such an award, it’s about time really and although he couldn’t pick up the award in person, he did pre-record a little something and you can see that something right here:

Also picking up a 2016 Golden Joysticks award is The Legend of Zelda: Twilight Princess HD for best 2016 Nintendo game.