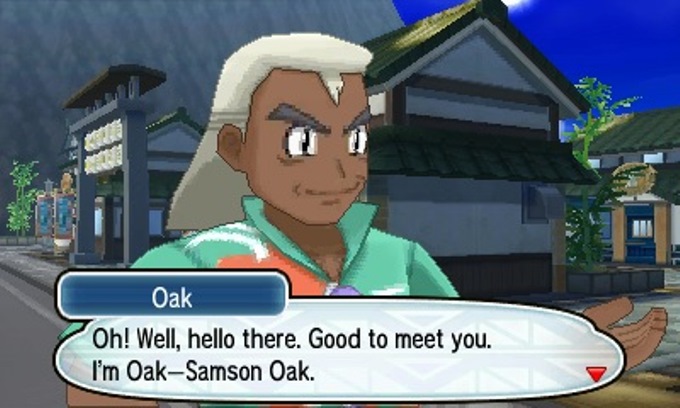 If you have been paying even the slightest attention bit of attention to Pokemon Sun & Moon and following such sites as Serebii and Pokejungle, you’ll have heard by now about the new Professor Oak, Nariya Oak (Japanese name,) only he’s not actually a professor.

According to the official site, this Oak, is Samson Oak and although he is a researcher studying Regional Variants (Alolan Forms,) he isn’t actually classed as a Professor. Even when he introduces himself he refers to himself as just Oak, but just because he may not be a Professor Oak, or even the Professor Oak, he’ll still turn out to be an important character due to subject of his research.

Click here to view the write-up regarding Samson Oak, or scroll down and see it below:

“Samson Oak does research on the regional variants that have taken root in the Alola region. He’s a cousin of the Professor Oak—the famous authority on Pokémon research in the Kanto region. The two could practically be twins!”