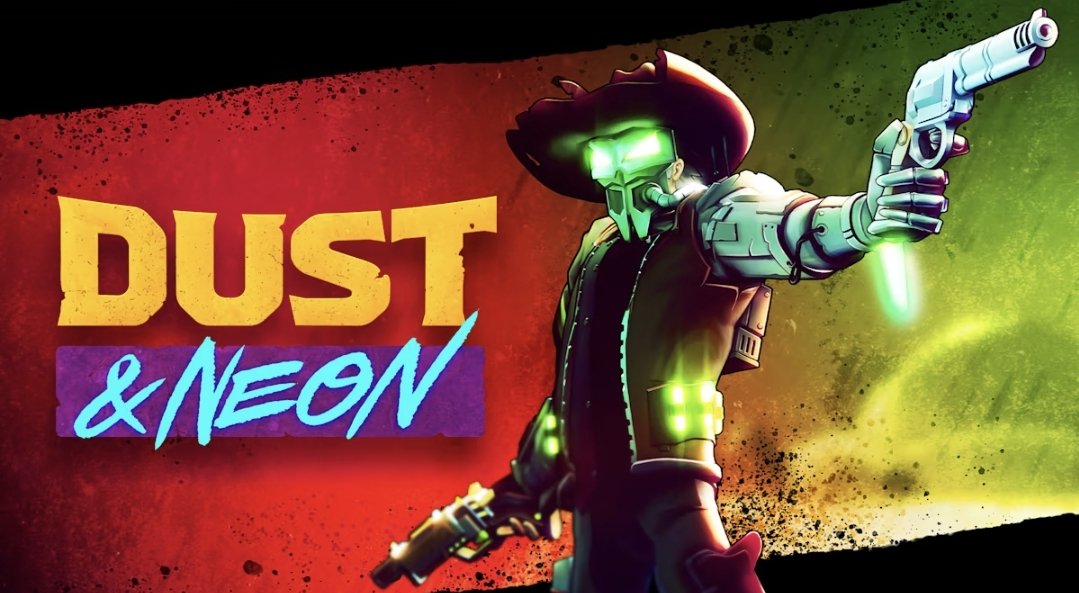 Death is just the beginning in Dust & Neon, an action-packed twin-stick roguelite shooter set in a post-apocalyptic Wild West overrun by villainy.

Play as the mysterious gunslinger as he embarks upon an epic quest filled with twitch-trigger precision gunplay, armies of menacing robots, and incredible boss fights. If at first you don’t succeed, try again with dozens of unlockable abilities, thousands of unique weapons, and game-changing performance boosts, all of which transform your hero into an unstoppable force.

Be warned: Dust & Neon isn’t easy. But if you’re up for a robust challenge designed to test your skills, you’ve found your game.

Shoot ‘em Up… In Every Direction – A seriously robust and challenging twin-stick roguelite shooter with visceral reload mechanics—pop each bullet into the chamber during the heat of battle. Best-in-class controls allow for twitch speed and precision gunplay, and a dynamic power-up boost system will have you mowing down mechanical menaces with non-stop action. Dive, slide and seamlessly take automatic cover as you reload and strategize your next move.

Collect and Upgrade your Arsenal – Choose your arsenal from an unlockable selection of nearly 2,000 wholly unique revolvers, shotguns and rifles.1600 unique tonics allow you to temporarily change or enhance your gunslinger’s abilities on the battlefield, crack open hundreds of loot boxes filled with money, weapons and upgrades. Upgrade your gunslinger with 24 unique skills that fundamentally change the way the game plays

Death is only the Beginning – An action-packed 10-plus-hour campaign awaits for those daring enough to accept the challenge! Completionists will find many, many more hours of adventure at their disposal. Explore a huge, varied world with four unique regions, shoot it out against an impressive roster of robot enemies with unique strengths and weaknesses. Claim the bounties on a sinister cast of villains in epic boss fights