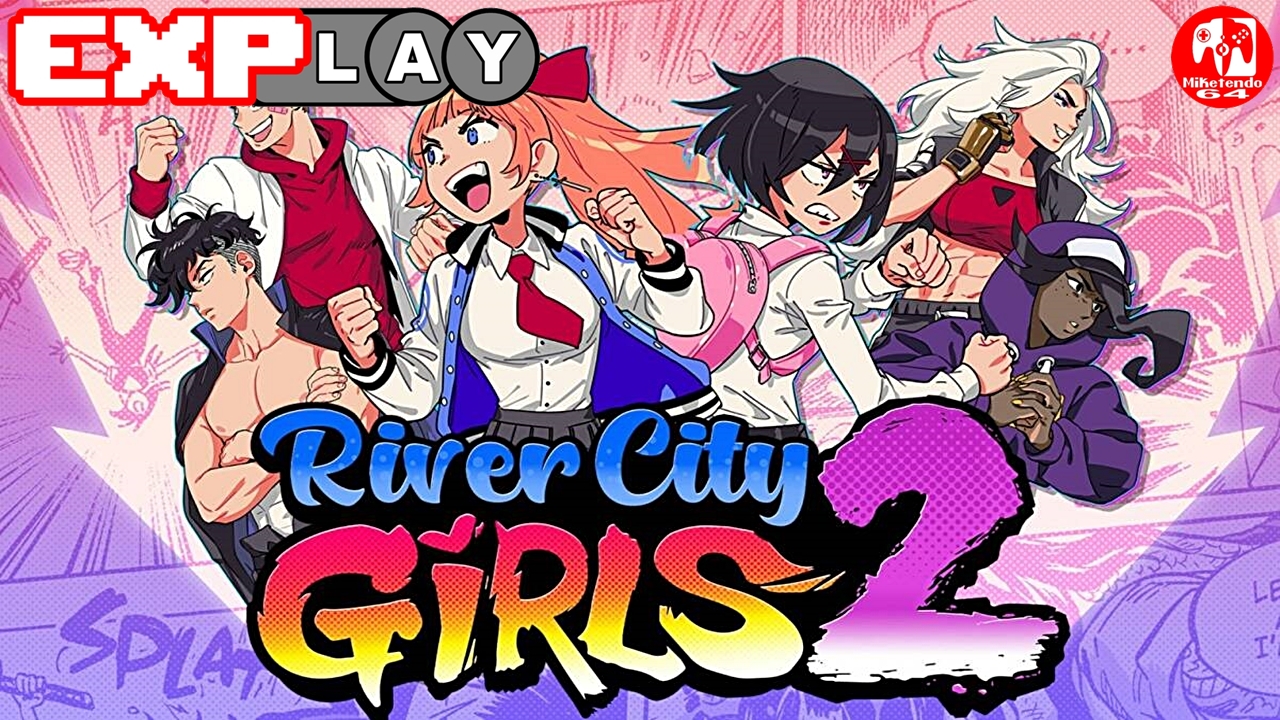 Welcome to EXPlay, (Explain & Play) the review series where we care not for scores but tell it how it is when it comes to every game we get our hands on, whilst also taking the time to include some lengthy gameplay, to give you the reader, the chance to shape your own impressions and views whilst watching and reading. In this installment, we’re covering River City Girls 2 by developer WayForward.

River City Girls 2 is the sequel to the 2D arcade beat ’em up River City Girls that was released on consoles back in 2019. As was its predecessor, the game was developed and published by WayForward and features an anime intro, comic book cutscenes and voiceovers in both English and Japanese

Like in the first game, River City Girls 2 focuses on Kyoko and Misako, two schoolgirls that are not afraid to throw down and thump thugs. Their boyfriends Kunio and Riki join them for the ride, as well as two newcomers; Marian and Provie. Following on from the events in the first game, the yakuza boss Sabuko is defeated and picked up off the street by her brother Ken. Ken takes Sabuko to their father who is doing time in prison. Upon hearing what has come to pass, he doesn’t take too kindly to his daughter bringing shame on the organization and decides to take matters into his own hands and breaks out of prison.

As for Misako and Kyoko, they find themselves expelled from River City High, mainly because the Yakuza has taken over the school. Two months have passed since the girls were expelled. Misako’s mother tries to encourage them to go outside as they have been cooped up indoors playing video games the whole time. Misako and Kyoko finally agree to go out as Misako’s mother tells them about a new video game that has come out. Leaving the safety of Misako’s home, the girls head to the video game store but it is far from plain sailing as the Yakuza and other goons are looking to give Misako and Kyoko a good kicking and so the River City Girls are back in action for round two.

Much like in the first game, River City Girls 2 is a 2D arcade brawler where players must kick, punch, grab, and throw any enemies who come their way. You can also pick up and use weapons and even enlist pleading goons or hired muscle to join you in the fight. Up to four players can play together locally or two players can team up online. Each character can administer quick and strong attacks and has an assortment of special moves that they learn upon levelling up, which they can use to dish even more pain on their opponents. You can also unlock more moves at dojos (for a fee of course) to further expand your moveset.

Players can move around River City to visit the many different locations like the residential area, the school, downtown, the bank, and the shopping mall for example. Some areas are sealed off when you first visit them and require you to come back later after fulfilling certain requirements that are tied to the main story or side stories. Every time you move from one area to another, you will be engaged by enemies.

Sometimes, you will be forced to fight them (usually if it is your first time in the area and the screen will only unlock after beating all enemies) and other times you can simply bolt past them if they are not worth the hassle of fighting. Oftentimes, you will find yourself giving a smackdown on anyone who wishes you harm, so you fill your pockets with the cold hard cash that they drop. Cash is always handy as there are around 30 different stores in the game where you can buy accessories, consumables, and the aforementioned special moves from dojos. One good thing about buying consumables is that you can hold an item and use it to recover health when needed.

River City Girls 2 also features bosses that can give you a serious slap down and you will be required to beat them in order to progress the game’s main story. Each boss has their distinct moveset and sometimes it pays off to learn their pattern and wait for an opening where you can get in a few good hits. Don’t overstay your welcome though as they will be back on their feet and will rush you hard before you can say “Ouchies!”

If you enjoyed River City Girls, you are definitely going to enjoy River City Girls 2. Much like the 2019 game, it doesn’t take itself very seriously. It is a fun romp with the dynamic between the Misoko and Kyoko being quite entertaining. Fun gameplay, fun characters, and a wild story. Need we say more?