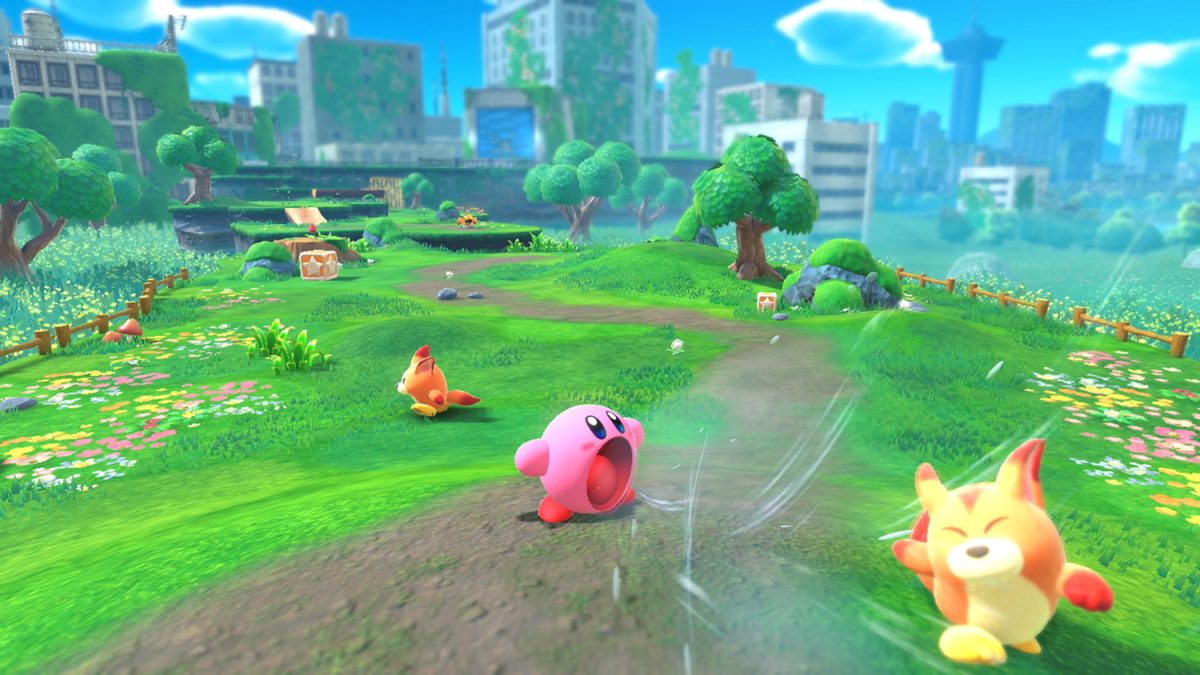 The Star Coins are pilling up.

When it comes to the Nintendo Switch, time and time again we have seen plenty of success stories and the trend continues. In just the space of three days since its official release, Kirby and the Forgotten Land has already gone on to become the fifth best-selling Kirby game in the entire Kirby series, as far as the UK is concerned. What’s more, Kirby and the Forgotten Land has reportedly shipped 2.5 times more copies than Kirby Star Allies did within its first week.

About Kirby and the Forgotten Land:

Get a mouthful of real-world objects for all-new, powerful transformations – Feeling hungry? Kirby can inhale real-world objects and transform using Mouthful Mode! Why get one drink from a vending machine when you can swallow the whole thing? Then, use your boxy body to shoot out cans at baddies. Consume a car to gain some wheels and slam through walls. Sit back and take it all in…literally.

Float over obstacles and fight through enemies on your way to each stage’s goal as you slash, poke, freeze, and hammer using Kirby’s copy abilities. The tough puff is truly put to the test in dynamic boss battles that will keep you dancing about the arena. Choose from two difficulty modes for either a light, breezy adventure or a more challenging experience.

Each themed stage you travel through will hide several friendly Waddle Dees in peril! Save them to grow the home base of your adventure, the once-deserted Waddle Dee Town. The Waddle Dees you rescue will unlock shops, leaderboards*, and the ability to evolve copy abilities to make them stronger. You’ll also be able to enjoy some of the townsfolk’s favorite games. Use compatible amiibo™ accessories** or Present Codes at Waddle Dee-liveries for useful in-game items. Track down cute collectibles to give Kirby’s house some extra charm either at the Gotcha Machine Alley or during your adventure.