[Guide] Every Jackbox Party Pack Game on the Nintendo Switch 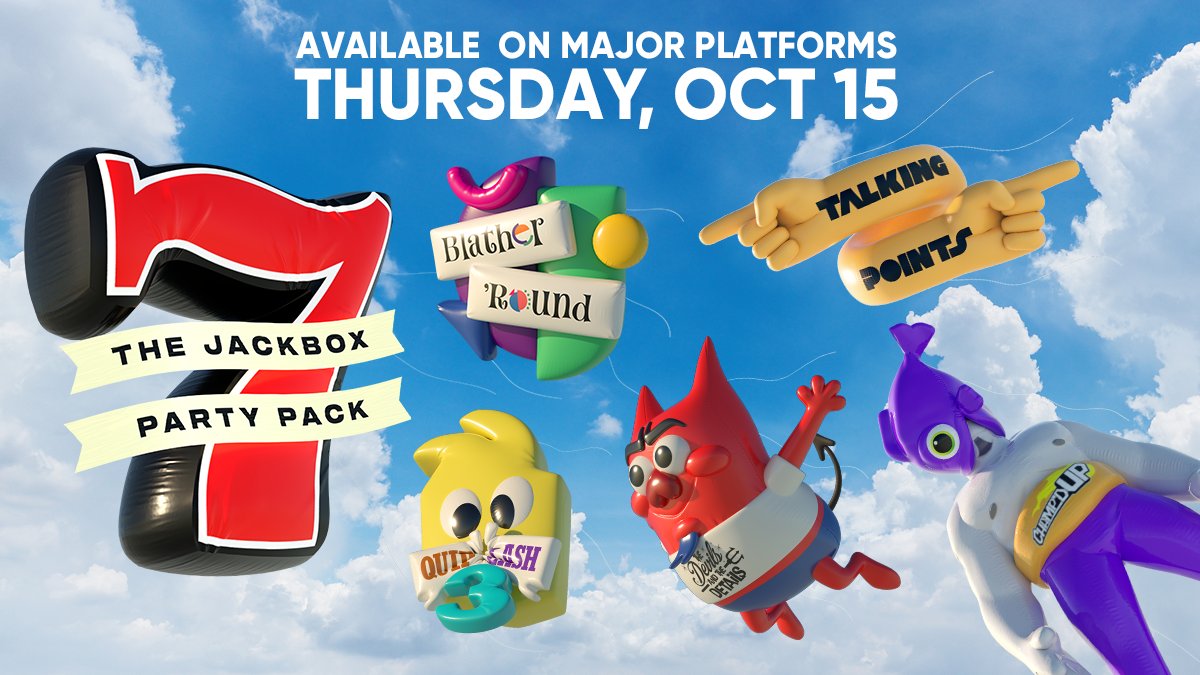 The “say anything” party game is going international! All the hilarious content from Quiplash 2, now in English, French, Italian, German, and Spanish! Plus…

The same BORING OLD English prompts!
All in one QUINTILINGUAL Quiplash!
Pick up Quiplash 2 InterLASHional today and take your next party global, because absurdity is the universal language.

No extra controllers needed – players use their phones or tablets to play along! Got a bigger group? Play with up to 10 players and up to 10,000 audience members.

The Jackbox Party Pack 8 is currently in English only. This game does not support online matchmaking but can still be enjoyed remotely using livestreaming services or video conferencing tools.

Job Job (3-10 players) – Use other people’s words to create unique and funny answers to classic job interview questions. Go head to head to see who scores the job!

The Poll Mine (2-10 players) – A survey game that’s all about YOU! Split into teams and see who can escape from the witch’s lair! Players individually rank their choices to a difficult question, then must guess how the group answered as a whole. How well do you know your friends?!

Weapons Drawn (4-8 players) – A social deduction game where everyone is both a murderer and a detective. Players doodle all the clues, hiding a letter from their name in the weapon drawings. Can you solve murders while trying to get away with your own?

The Wheel of Enormous Proportions (4-8 players) – Trivia has never been so large! A fantastic, mystical wheel challenges you with a variety of trivia prompts. Winners are awarded slices of the Wheel’s face with a chance to win big with each nail-biting spin. In the end, one player will have their most burning question answered by the great Wheel.

Introducing the ninth installment of the best-selling Party Pack Franchise you know and love! Whether you’re hanging out with friends, having a remote happy hour, trying to make the holidays less awkward, or looking for your next game to stream, The Jackbox Party Pack 9 is here to spice things up.