[Guide] Every Kirby Game on the Nintendo Switch 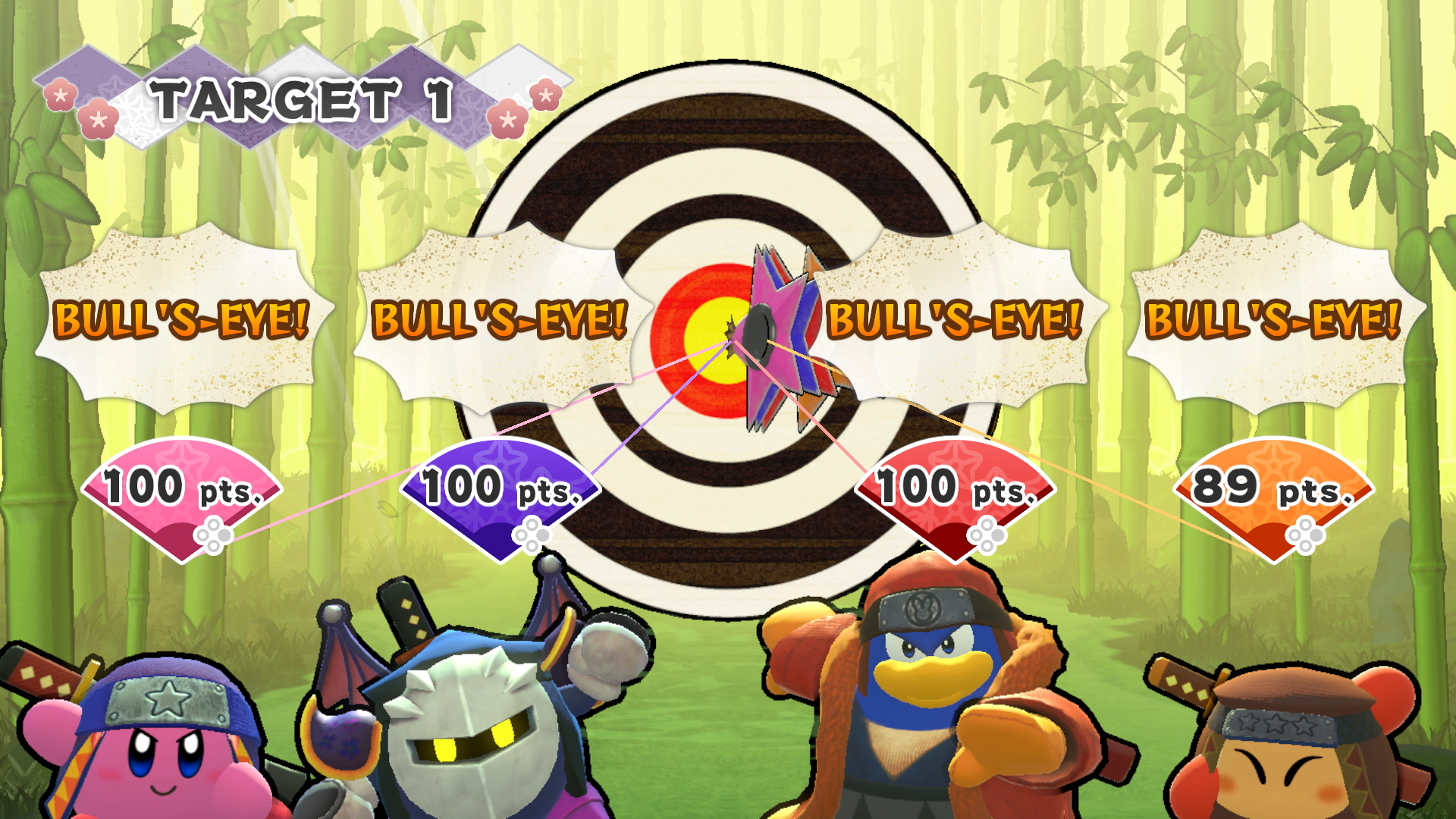 Float over obstacles and fight through enemies on your way to each stage’s goal as you slash, poke, freeze, and hammer using Kirby’s copy abilities.

Each themed stage you travel through will hide several friendly Waddle Dees in peril! Save them to grow the home base of your adventure, the once-deserted Waddle Dee Town. The Waddle Dees you rescue will unlock shops and leaderboards*. You’ll also be able to enjoy some of the townsfolk’s favorite games.

Roll through a smorgasbord of food-themed stages in 4 rounds of 4-player* fun as Kirby…who seems rounder than usual? Race through delicious obstacle courses to collect strawberries as Kirby grows. Then, turn the tides in the final round—a fruity fight atop a floating platform.

Power up with Copy Foods:

Relevance: A Kirby outfit is included in the game as a mascot in the game’s outfit section along with a music track