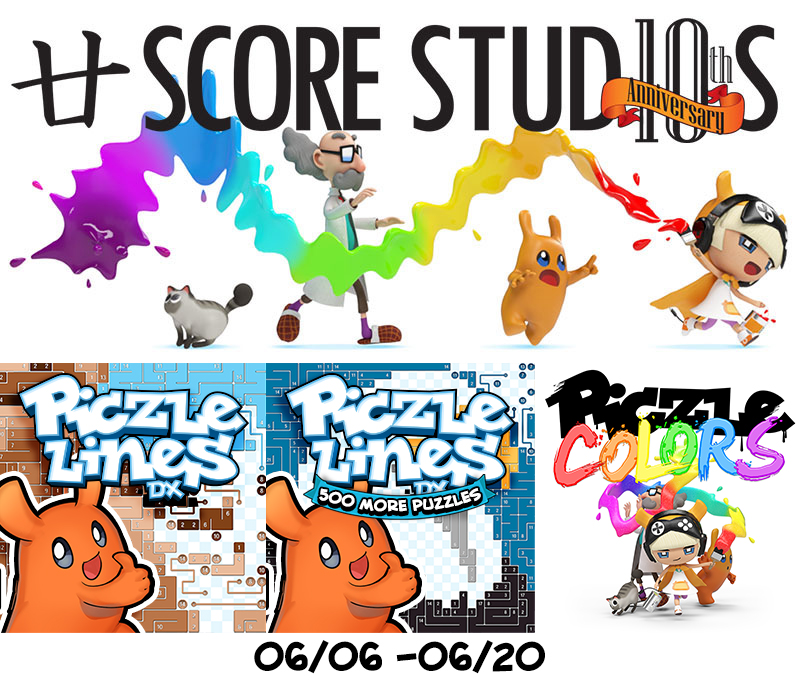 Fans of the Piczle Line games should be delighted to know that a new sale is happening now! To celebrate the studios 10th Anniversary, Score Studios will be running a special sale across all of their titles on Nintendo Switch. Guess what! All of the Piczle games are 50% off! If you’re a puzzle fan like myself, these games are not to miss at these low prices.

Score Studios, the developer behind the popular Piczle series on Nintendo Switch, is celebrating its 10 year anniversary this week!

To help with the celebrations we’ve put the three Piczle games on sale.