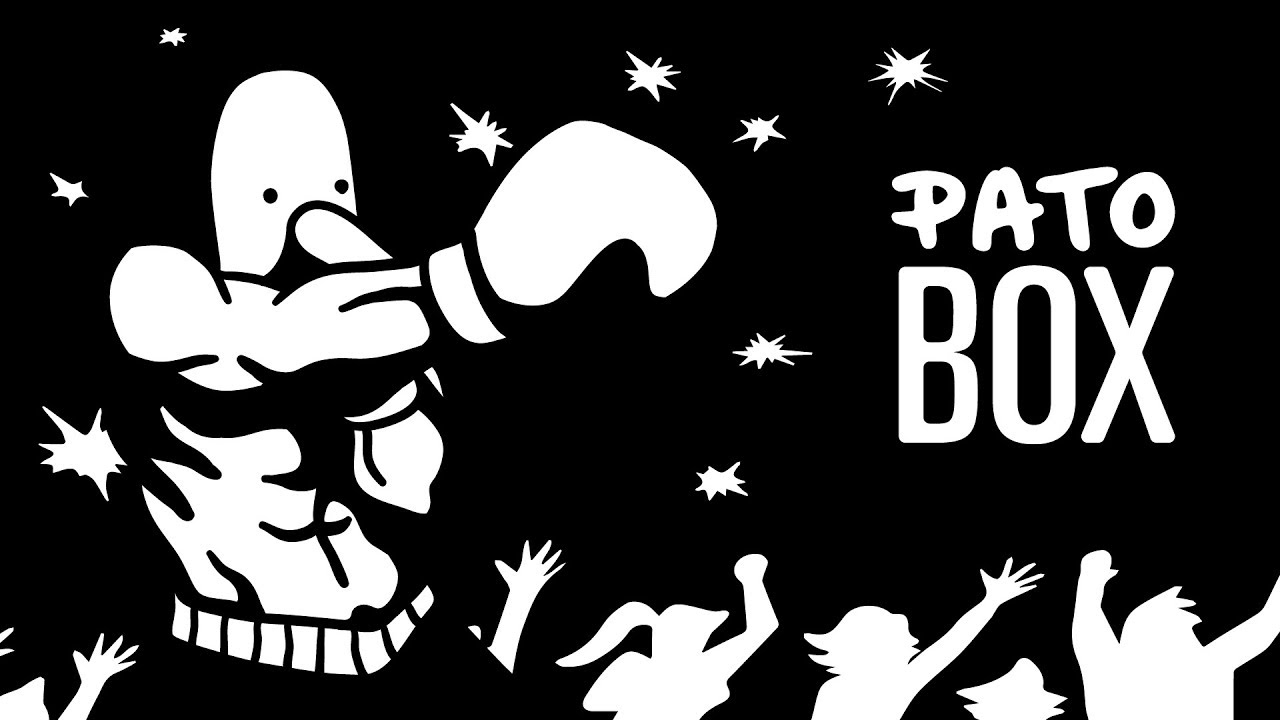 Indie games to me represent the true creative movement in the video game medium coming in many shapes and sizes. When you have a team of independent developers that are ecstatic about establishing themselves for the first time, you either get something that is low quality and clunky, or that is just fine. Thankfully, developer Bromio’s Pato Box on the Nintendo Switch is none of those things and left me with an experience that was engaging, unique, and although difficult, left me craving for more.

First off, credit should be given to the developer Bromio which is based out of Pueblo Mexico, and one of the first titles to be developed in Mexico. Pato Box’s art style is inspired by the look of different graphical novels and comics, specifically by the style of Frank Miller from Sin City and 300 fame. It was successfully funded by Kickstarter, gaining around $11,000 in crowdfunding.

The story revolves around the hero, Pato Box, and you’re the main star of the boxing circuit. Pato Box is a celebrated boxer that has a duck’s head on a man’s body, and you’re destined to take down the corrupt corporation that tried to screw up your career: Deathflock. They betrayed your trust and now you’re hungry for revenge as you must now work alongside your close comrades to single-handedly dismantle the entire corporation the only way you know how, which is to lay knock each adversary out.

Adventuring through the plot had me very intrigued and was presented in stylistic cutscenes with comic strips shifting and moving into frame. The narrative is presented all in dialogue balloons and there are even some moments where you can choose Pato Box’s reactions rather than him actually saying anything, which provided some humorous character reactions. While exploring the environments there are optional letters, hints for the fights, and biographies in the environment piecing together the world. I will say Pato Box ended in a way I did not expect and I won’t give away any spoilers, but you should see the story to the end.

Graphically, Pato Box is a mixture of 2D hand-drawings and 3D models. There is a black and white motif that reminded me of Mad World on the Wii, but it makes use of it differently. 2D drawings are used for characters in the world and the 3D models are only used within the objects in the environment. Sometimes it can be a little jarring and taxing on the eyes since the entire game is in black and white, but I got use to it in about twenty minutes.

Gameplay in Pato Box is spread into two different segments. For the majority of the title you will be exploring the different floors of the Deathflok building and each one of them has a unique theme and they do not overstay their welcome. You will be exploring a casino, a laboratory, a meat factory, and even plunge into the sewers. Each area has their own puzzle gimmicks and bosses designated to them, and the bosses offer up a great challenge as you learn about them; almost too good of a challenge as some became very frustrating early on.

These bosses make up the second segment of gameplay and are hand-drawn fights that are very similar to Nintendo’s Punch-Out series where all you can do is dodge, block, and punch high or low. Each boss has a distinctive theme and personality for their respective fights. For example, you fight a chef that fights with a stirring spoon, lobster, and a cooking pot. You have to use different ingredients to the pot in order to distract him for an opening. All the bosses implement these puzzle gimmicks, and I was really fond of this dubstep boss where you have to dodge negative orbs, gather positive orbs, and attack all in rhythm to the music.

Speaking of music, the soundtrack was composed buy Abuguet and perfectly fits the mood that Pato Box is trying to achieve. The tracks have a techno and synth-pop feeling to them that I found to be distinct and pleasant to listen to. There were definitely some inspirations in the music taken from the stellar Hotline Miami soundtrack and it gave Pato Box a modern, yet retro flare. There are a few negatives I had while playing Pato Box, mainly pertaining to the varying difficulty ranges and framerate stutters, but it’s nothing too severe and only hindered my enjoyment on a few occasions.

Overall, Pato Box is easy to recommend for its cool art style, an intriguing story, and solid gameplay. Bromio should be proud of what they accomplished with Pato Box and it shows that taking risks can have great results. While the hardcore difficulty and framerate stuttering during certain segments will discourage some players, this is a title I think everyone should try at least once as there is truly nothing like it.