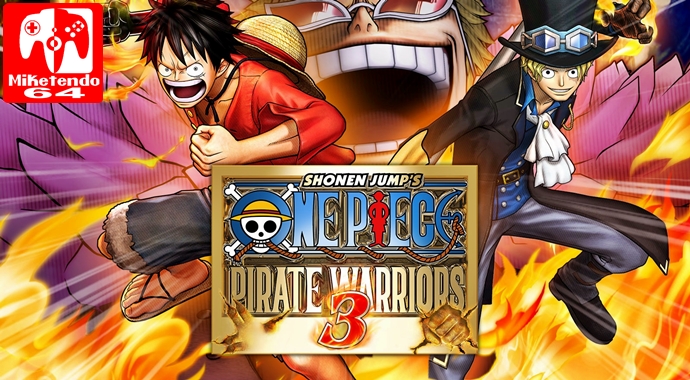 One Piece: Pirate Warriors 3 Deluxe Edition is the Latest Warriors Game to be revealed for Switch

Just in case Koei Tecmo didn’t have enough Warriors games planned for the Nintendo Switch, another has been revealed.

Said to be releasing on the 21st of December, Koei Tecmo are bringing One Piece: Pirate Warriors 3 Deluxe Edition to Nintendo Switch and it will feature 42 pieces of downloadable content, local co-op that supports 2 Pro Controllers and 2 sets of Joy-Con. It will also run at 30 fps and when docked, will feature a 1080p resolution and a 720p resolution when the game is played in handheld mode,

Lastly the game is reported to cost 5,800 yen when it releases in Japan, there has been no news of a Western release just yet and the following photos have also been shared: