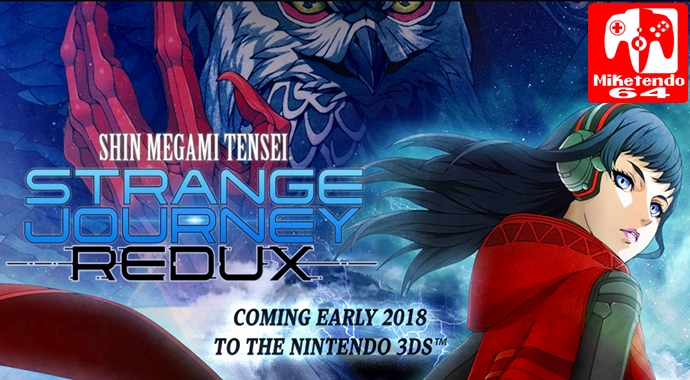 3 is the Magic Number for Atlus!

What’s the old saying, Good things come in threes? Well if Atlus is the one they’re coming from that is most certainly the case!

Atlus has revealed that Etrian Odyssey V: Beyond the Myth, Radiant Historia: Perfect Chronology, and Shin Megami Tensei: Strange Journey Redux for 3DS, will be coming West, as two will each release in the Americas in 2018, whereas one will actually head West sooner and see a release take place this year and we’ve got the official announcement with all the details, right here:

IRVINE, Calif. – June 7, 2017 – Get ready to flex your cartography skills, travel through time to prevent the end of days, and journey into a spatial anomaly straight from your favorite sci-fi horror movie because ATLUS is publishing three legendary JRPGs in the Americas. That’s right, Etrian Odyssey V: Beyond the Myth, Radiant Historia: Perfect Chronology, and Shin Megami Tensei: Strange Journey Redux will be arriving to the Americas exclusively for the Nintendo 3DS™ family of systems. Etrian Odyssey V and Radiant Historia will be fully voiced in English while Strange Journey Redux will retain its original Japanese voices.

Etrian Odyssey V: Beyond the Myth will release fall 2017, while Radiant Historia: Perfect Chronology and Shin Megami Tensei: Strange Journey Redux will launch in early 2018. All three games will be released for the Nintendo 3DS™ system and will be priced at $39.99. Titles have not yet been rated by the ESRB. For more information please visit the links below:

Would it have been better if these three games all saw a 2017 release for 3DS in the West? Probably yeah, but then by having two of them come in 2018 instead, it just goes to show just how much the 3DS will be supported long after the launch of the Nintendo Switch earlier this year. You may now run around in joy screaming.