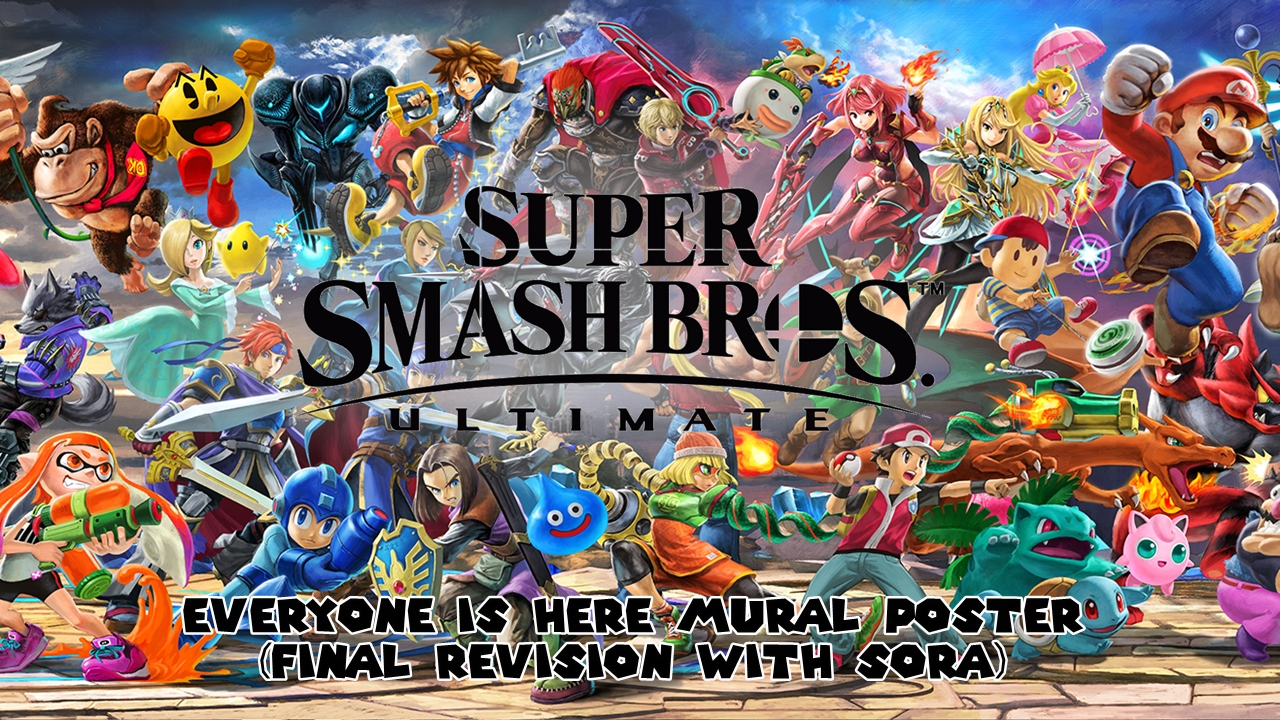 Three years ago shortly after Super Smash Bros. Ultimate was released, I had printed out the Smash Bros Banner or the “Everyone Is HERE!” mural that it is also known as and showcased it in a video on our YouTube Channel. I didn’t expect it to get too many views but three years on and it has racked up over 10K views. Now that Masahiro Sakurai has finally finished with Super Smash Bros. Ultimate and announced that Sora from the Kingdom Hearts series was the last fighter to join the game, we have been getting a number of requests to do another video with the updated mural.

We tried looking in the official press assets on the Nintendo Press website but they only had a low-quality image available. Fortunately for us, the Twitter community came together for us and a couple of them provided us with some links for the high-quality smash banner which, comes out at 25377 x 4700 pixels and around 20.8 MB of memory space.

So to fulfill the requests of our viewers and followers, we have got the final revision of the Smash Bros Banner printed out and have published an all-new showcase video of the poster.

You can out the video below. We hope you enjoy it and thank you all for watching it and for watching our very first poster showcase video. We are forever grateful to you and to all of you that continue to watch it.