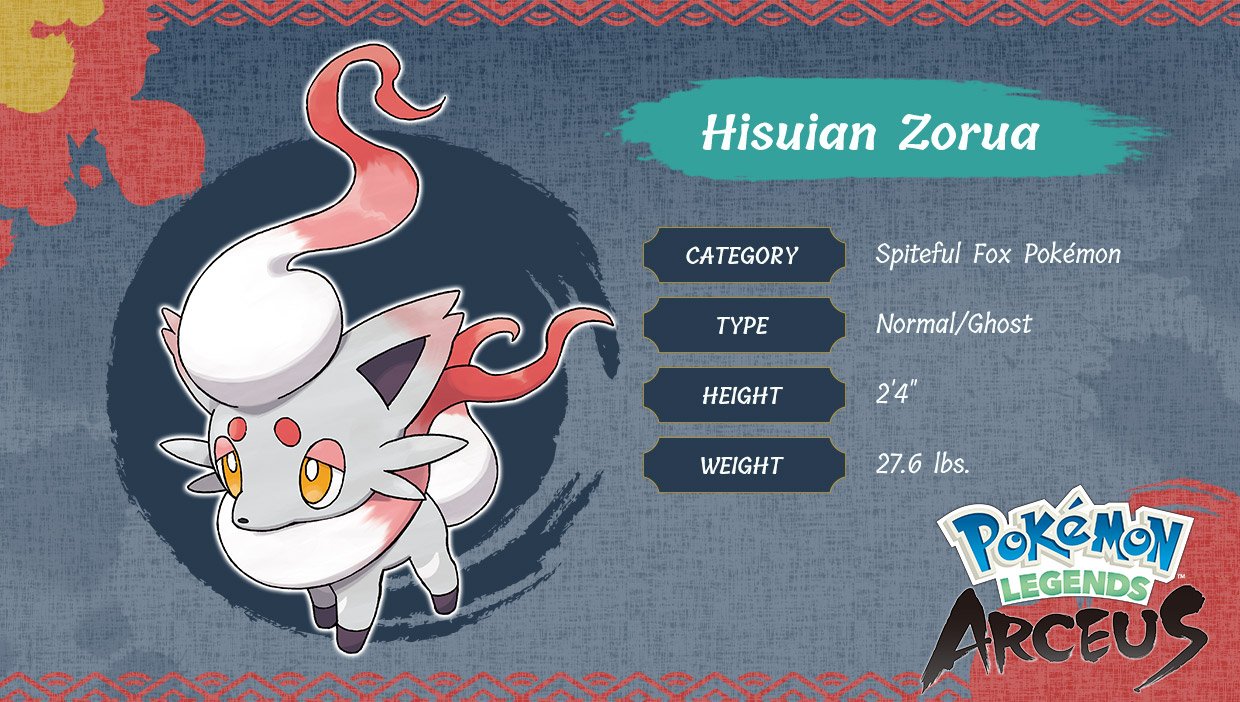 First teased in the vaguest way possible, then correctly deduced by fans and then officially revealed, the time has come to cover some more regional variants that can be discovered in the Hisui region. So, in this instalment of our Pokémon Legends: Arceus focused “Who’s That Pokémon?,” we’re learning about Hisuian Zorua:

These Zorua migrated to the Hisui region after being driven from other lands by humans, who shunned the Pokémon for manifesting uncanny illusions. But the Zorua perished, unable to survive the harsh Hisuian environment and strife with other Pokémon. Their lingering souls were reborn in this Ghost-type form through the power of their malice toward humans and Pokémon.

If Hisuian Zorua spot a lone person or Pokémon, the Zorua may appear before them in a guise mimicking the target’s appearance. Unlike the illusions of the previously discovered form of Zorua, these ghostly mimicries are created using spiteful power emitted from the long fur on Hisuian Zorua’s head, around its neck, and on its tail. It appears that Hisuian Zorua absorb and draw strength from the terror of those who witness their illusions.


Categorised in: Who's That Pokémon?, Feature, Nintendo, Nintendo Switch, Pokemon