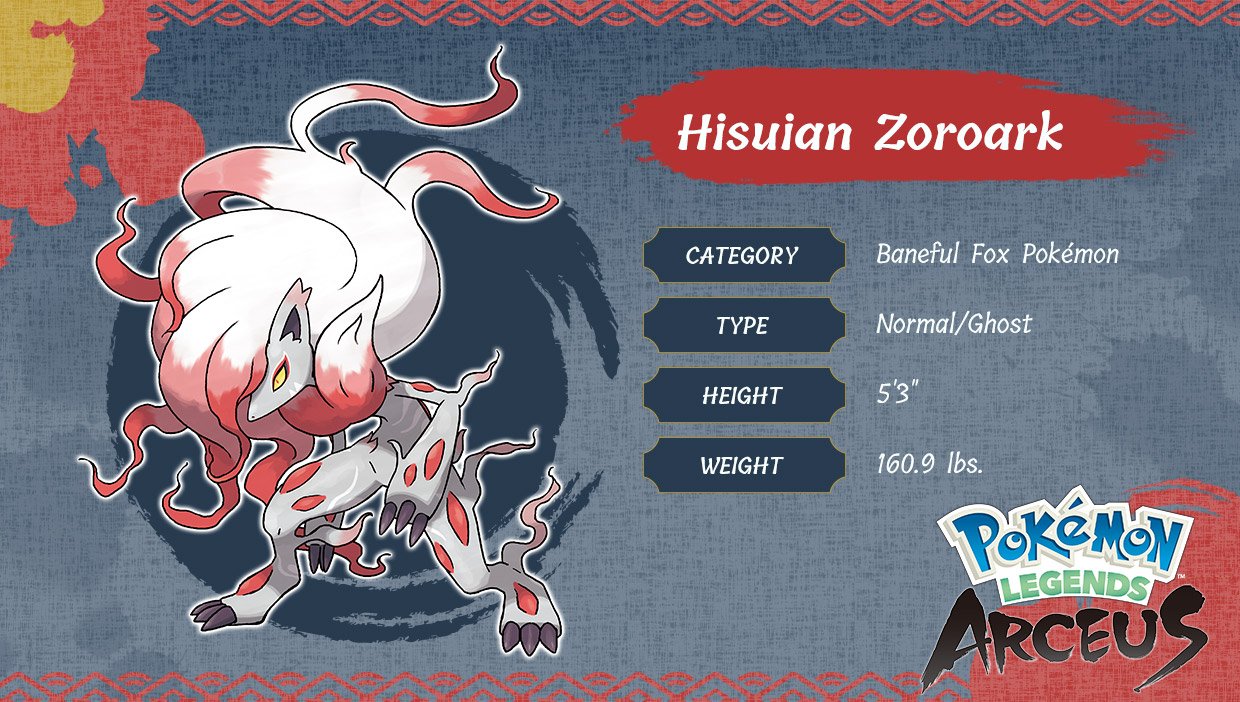 First teased in the vaguest way possible, then correctly deduced by fans and then officially revealed, the time has come to cover some more regional variants that can be discovered in the Hisui region. So, in this instalment of our Pokémon Legends: Arceus focused “Who’s That Pokémon?,” we’re learning about Hisuian Zoroark:

The spiteful power emitted from Hisuian Zoroark’s long, writhing fur projects terrifying illusions—and it can also inflict physical harm upon foes, damaging their bodies from both inside and out. And the illusions that Baneful Fox Pokémon projects have expressions of such utter malice toward every last thing upon this world that those who see them are said to be driven mad by the terror.

Hisuian Zoroark is ferociously hostile and aggressive toward people and other Pokémon. But it appears to have a compassionate streak for those it considers close or like family. It has been seen to protect Hisuian Zorua, for example. Anyone able to establish trust with a Hisuian Zoroark would likely find it an invaluable ally.


Categorised in: Who's That Pokémon?, Feature, Nintendo, Nintendo Switch, Pokemon