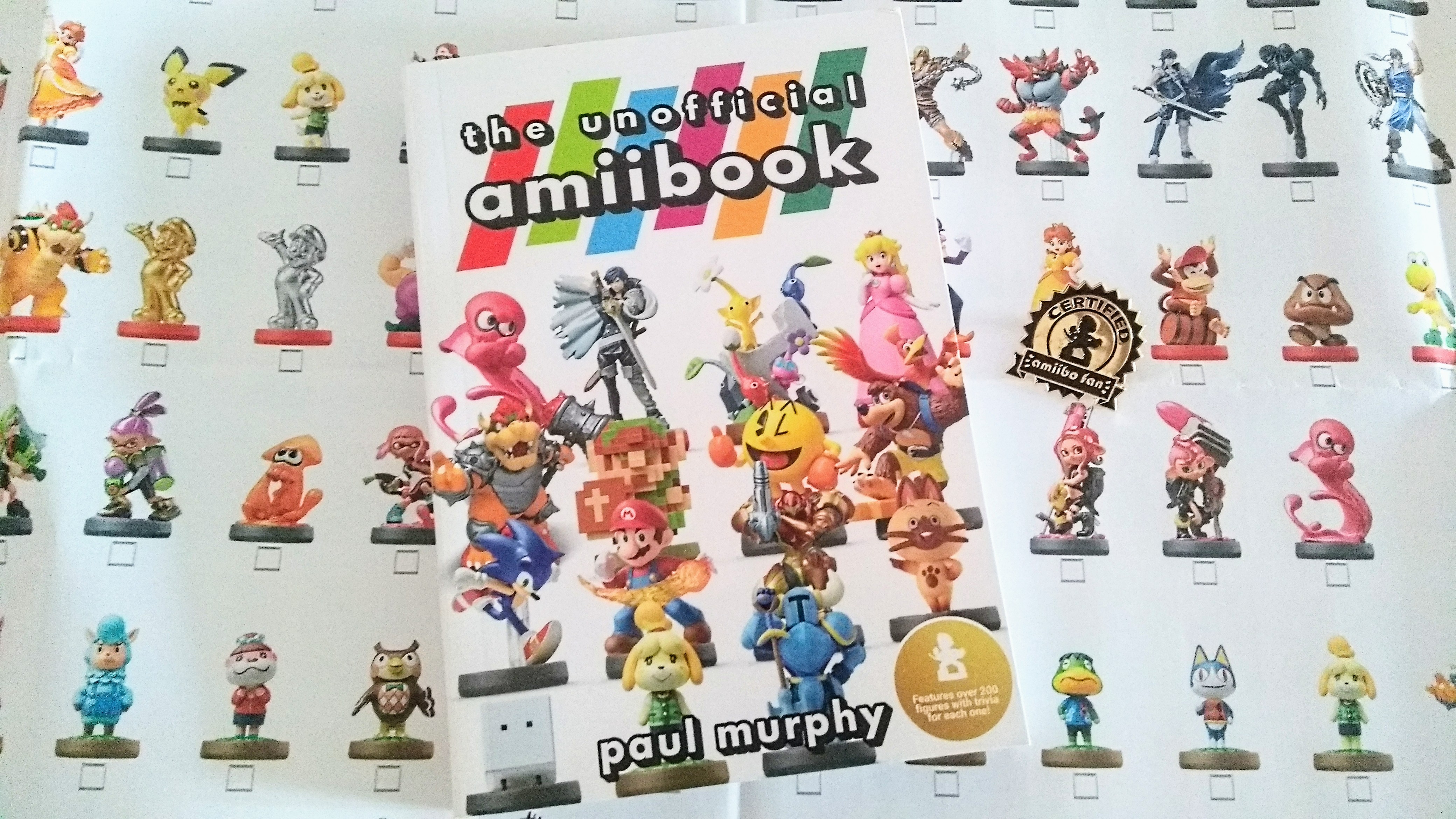 If you are an avid reader of Ninty Fresh or Switch Player Magazine, then you may know that its owner Paul Murphy also wrote a book earlier this year titled “The Unofficial amiibook“. The book started life as a Kickstarter project and quickly built up a lot of support from backers. It wasn’t all plain sailing though as the project was hit with a copyright strike about halfway through the project. Paul had to make make a lot of changes to the book so he could continue to see the project into production whilst making sure the book would not come under further legal scrutiny.

Fast forward a few months, The Unofficial amiibook finally saw release and started making its way to the homes of many backers around the world. I was also one of the backers and backed the project relatively early on. However, though the books went out sometime around July/August, I didn’t receive mine until just recently. This is all because of Brexit making a mess of things and now literally every single package coming out of the UK is being checked through EU Customs. I also have other packages that have still yet to arrive from the UK and yet, parcels that I have sent to the US were delivered in a few weeks and packages to Sweden and Austria in a matter of days.

Anyway, I am getting off-topic here so let me get back to the subject at hand. The Unofficial amiibook is a pocket-sized amiibo guide that lists every single amiibo figure ever made. It also has chapters on the amiibo cards and the Pokémon Rumble figures that were the precursor to amiibo. Every amiibo ever made from the Super Smash Bros. series Mario amiibo to the not yet released Metroid Dread amiibo is listed in this book with a short write-up and photo render of each figure. Some entries in the book also have estimated average prices for some of the figures to purchase new and second-hand to provide you with an idea of how much each figure is now worth.

What I found to be a rather nice touch is the foreword of the book being written by Jason Ganos. He is the founder and Editor-in-Chief of Nintendo Wire. I watched a lot of his amiibo themed “Custom Conquest” videos on YouTube and was amazed at the talent he had to take amiibo customization to the next level. Having Jason’s words in this book alone, even as just the foreword makes the book feel all the more reputable. Jason is someone who is rather knowledgeable on amiibo that you could look to him as quite an authoritative figure in the world of amiibo.

For a book that is quite small in size, it most certainly makes up for its size with the amount of content on its pages. Over 250 pages are dedicated to amiibo figures, and more pages were added to the book as stretch goals were met (like the aforementioned chapters on amiibo cards and Pokémon Rumble Figures). There is also a section of the book that includes the names of all the backers that helped support the book’s Kickstarter Project.

If you missed out on backing the Kickstarter Project for The Unofficial amiibook and would like to know where you can get your own copy, you can purchase it for £7.99 (P&P excluded) on the Ninty Media Shopify store here. Paul Murphy’s book makes an ideal companion piece and is a handy book to use to check on any amiibo that you are missing and what prices they fetch for online and in retail now. While the prices of amiibo may continue to soar, you can be sure that this book will still remain affordable while it is in stock.