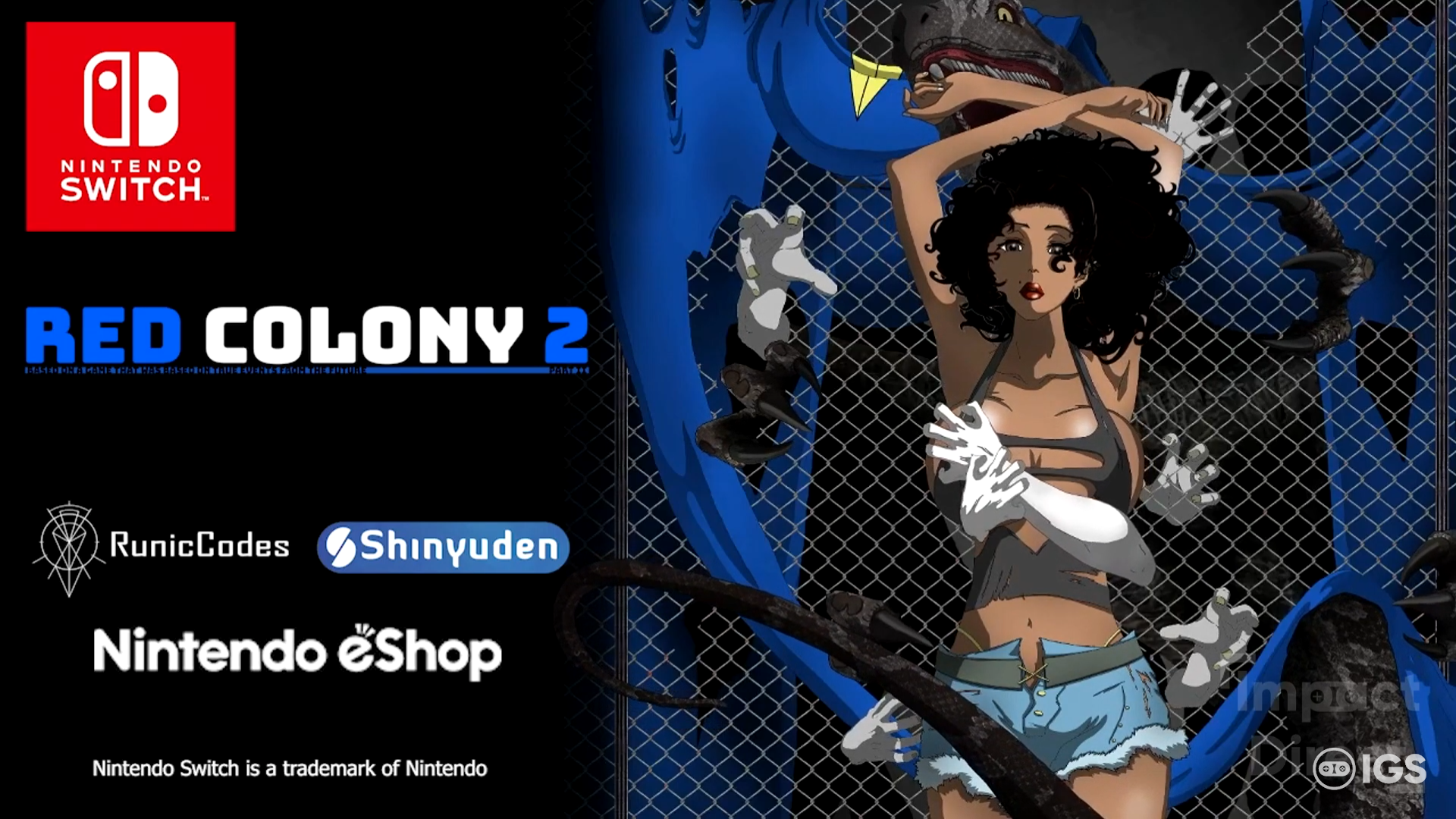 Red Colony released on Nintendo Switch earlier this year and it has been quite a hit that a sequel has been revealed to drop sometime this Summer. Ahead of its imminent release, details and new screenshots have been revealed by the game’s developer RunicCodes.

Red Colony 2 takes place after the events of the first game. It follows a new protagonist called Nicole who resides in the neighboring Blue Colony on Mars. After the outbreak of the Z-Virus in Red Colony, the Blue Colony seems to face a similar fate only Zombies are the least of their problems as an even more primeval threat has been awakened.

The sequel takes the story in a slightly different direction from its predecessor. Where Red Colony was inspired by Resident Evil, Red Colony 2 takes its inspiration from Dino Crisis. If you are a fan of the original Dino Crisis games, you may want to read on.

The Red Colony is in shambles after the deadly outbreak of the Z-Virus, the only source of life left on Mars is the Blue Colony, which has its own teeth filled problems.

You play as Nicole, a sex worker who has just returned from a secret mission to the Red Colony. On her return, she discovers that the capitalist Blue Colony has also been struck by the Z-Virus and her home in the Colony’s Red District is under siege from the zombie hordes.

Nicole only has one option, find her daughter Clementine and escape to Sky City, the home of the Colony’s wealthy elite. However, in her quest to find her daughter, she uncovers secrets from her past that come back to haunt her and quickly discovers that zombies aren’t the only thing stalking her from the shadows.

Help Nicole solve tricky puzzles, tiptoe her way around zombies and blast the Blue Colony’s new apex predator in this solo developed indie game. In addition, feel the anime with game’s fully voice acted Japanese dialogue and get to know the quirky characters of the Blue Colony as Red Colony 2 releases soon on Nintendo Switch.

If you would like to see more of Red Colony 2, then why not check out the exclusive first look at the game courtesy of Impact Game Station.