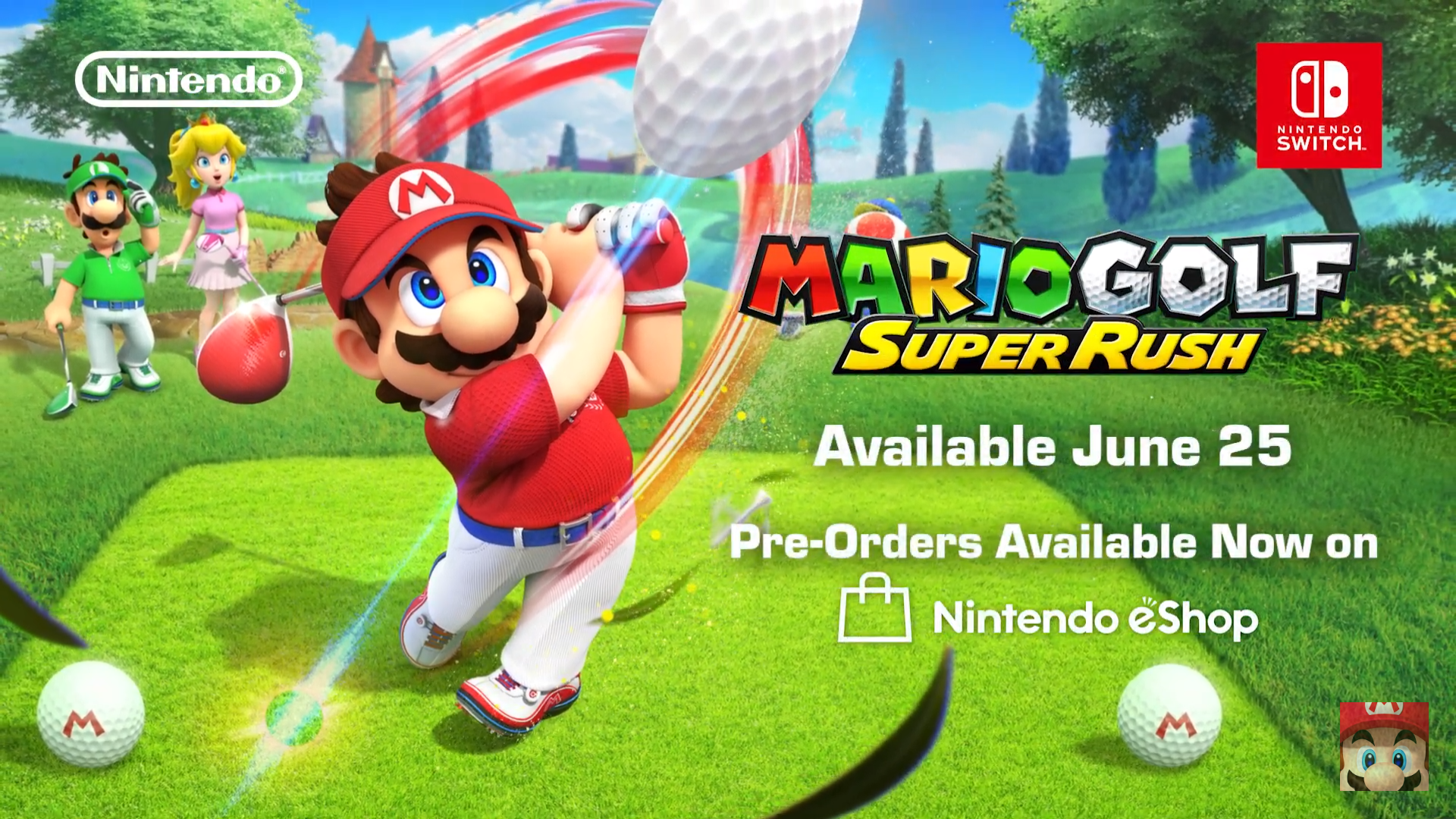 Nintendo has published a new overview trailer for Mario Golf Super Rush. The trailer is just over 5 minutes long and showcases some of the features of the game. It looks at game modes like Battle Golf and the single player campaign as well as provides a look at character roster and some of their special skill sets.

You can check out the new Mario Golf Super Rush Overview Trailer below.

Speaking of the character roster, the overview trailer reveals all 16 playable characters not including your own Mii Character. The full roster includes the following characters (in order as shown in trailer):