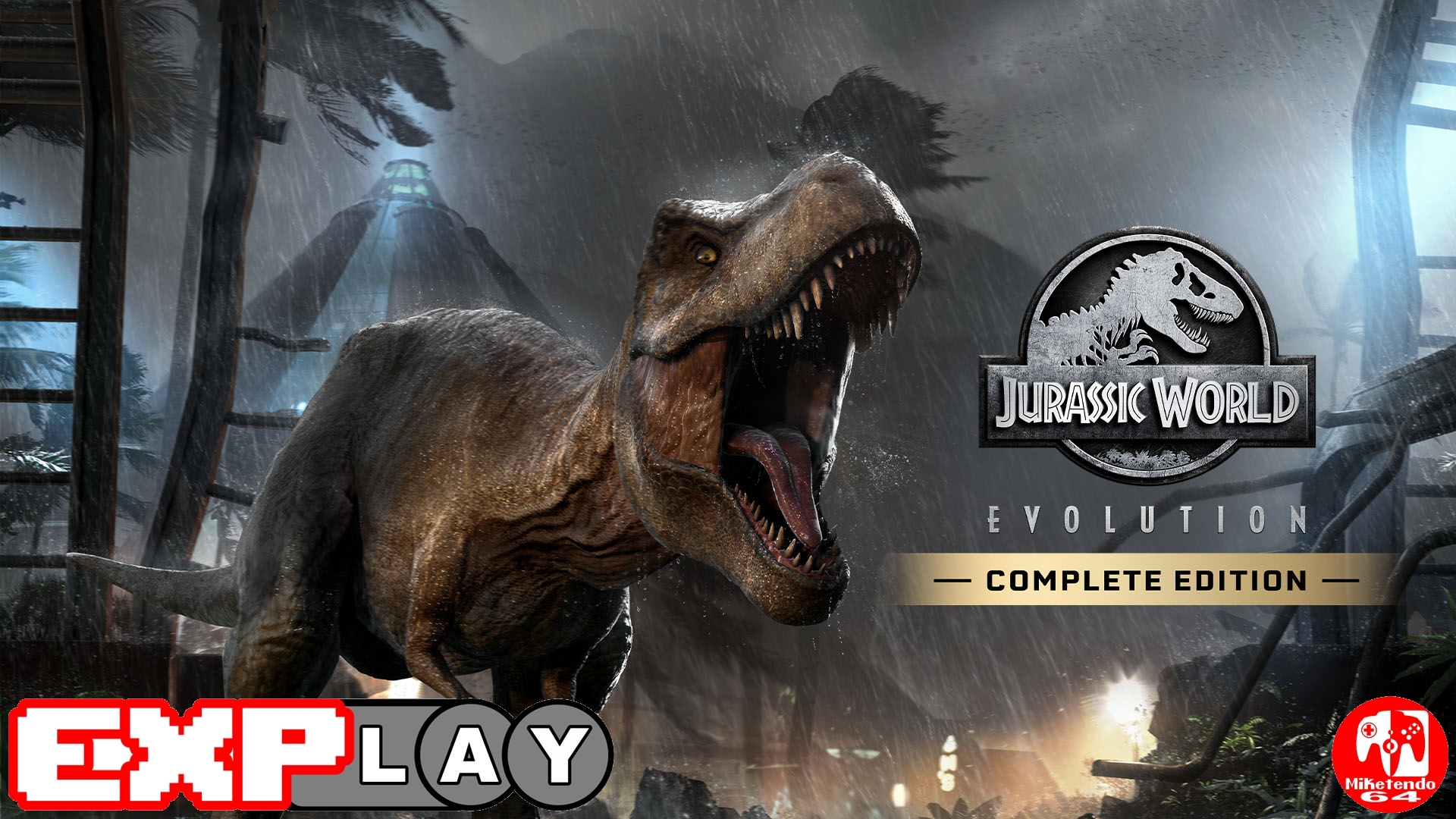 Hey folks, welcome to the feature series we call “EXPlay.” A series of feature articles where we share our experience on games we’ve recently played in the form of written views and captured gameplay footage. In this installment, we’re all about Jurassic World Evolution by FRONTIER.

Jurassic World Evolution: Complete Edition on Nintendo Switch is a Theme Park Simulator with Dinosaurs! Think you have what it takes to run a successful park with maximum fun and minimal casualties? Well you now have the opportunity to create your own dinosaurs and release them into compounds so your visitors can view them. You can undertake missions from three divisions: Science, Entertainment, and Security that can help you grow your park and earn funds and reputation in the process.

As your funds increase, you can send expedition teams to locations all over the world to excavation sites to find fossils and DNA so that you can analyze them and create viable dinosaur specimens for your park. Herbivorous dinosaurs are not too fussed with sharing a compound with other herbivourous dinosaurs. Carnivorous dinosaurs however, require more attention in keeping them separated from each other.

You must make the needs of your dinosaurs a top priority by placing them in well-suited environments with plenty of food. Failing to do so will result in the dinosaurs trying to escape their compounds and run rampant throughout the park. To combat this, you can construct ACU (Asset Containment Units) whose primary task is dealing with escaped assets. They can sedate the escaped dinos and you can call for a transport team to take the dinosaur back to its compound.

With one problem solved, what about the hole in the fence caused by the escaping dino? Well, you can send ranger teams to repair any damage caused to fences and buildings. That isn’t their only function either as the rangers are also tasked with replenishing feeders and healing sick dinosaurs as well. You can also take control of one of the ranger teams or the ACU helicopter and personally handle their tasks. This allows you to get right up close to the dinosaurs and see them in all their beauty.

As a Theme Park builder, you also have to provide amenities for your guests. Gift Shops, restaurants, bars, and hotels are just some examples that you will need to erect in your park. These buildings help pry even more cash from your visitors pockets so be sure to erect some of these on your park when possible. As you progress further into the game, you can build monorails to comfortably ferry your guests around your park as well as gyrospheres and tour cars.

If you like the Jurassic Park/World series or theme park building simulation games and dinosaurs, you will surely get a rise out of this game. Jurassic World Evolution: Complete Edition on Nintendo Switch is definitely not a game to be missed on the console. While it will be graphically more impressive on higher powered consoles, you can’t beat the portability of the Switch version.

Thank you for reading our EXPlay on Jurassic World Evolution: Complete Edition. We hope that you find it useful in your decision in picking up the game for yourself. While there are a lot of hidden gems on the Nintendo Switch and a fair number of duds, we’ll leave it to you to decide whether a game is for you or not.