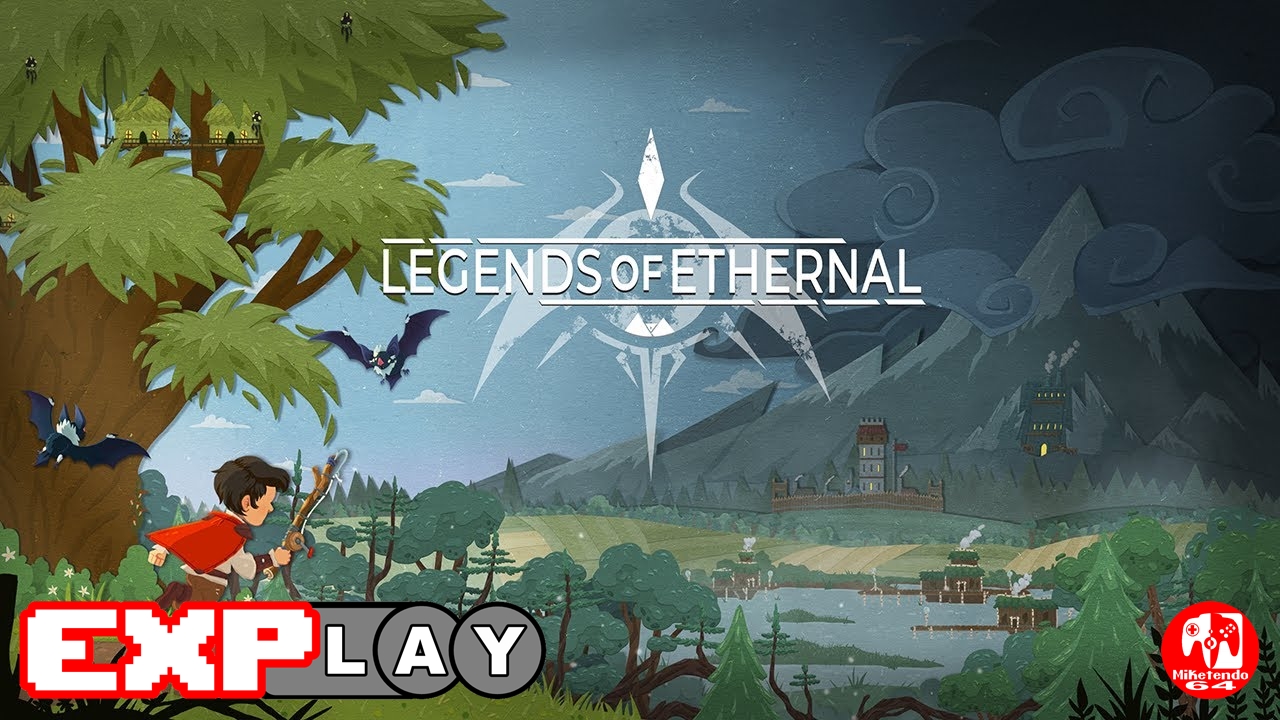 Hey folks, welcome to the feature series we call “EXPlay.” A series of feature articles where we share our experience on games we’ve recently played in the form of written views and captured gameplay footage. In today’s installment, we’re all about Legends of Ethernal by developer Lucid Dreams Studio.

Legends of Ethernal is a 2D, third-person adventure game that follows a young boy called Wilfred Van Dervill who lives in mystical the world of Arkanys. Wilfred was returning home after spending the day fishing. Upon his arrival home, he discovers that it has been ransacked and his parents missing. The young lad gets his things together and sets off to find his parents.

The game is a blend of Metroidvania and The Legend of Zelda. Wilfred has to navigate his way through many dungeons and find special items that will help you defeat the boss and progress on to the next part of the game. He is armed with merely a fishing rod when he begins his journey but soon finds more suitable weapons along the way.

As well as weapons, Wilfred can use ether to craft potions to heal himself, projectiles to throw at enemies and stop them in their tracks for a short amount of time as well as do other things. There are plenty of enemies to fight in the land of Askanys and there is always a save point nearby to replenish health and to respawn if you are defeated.

Something that really sets this game apart from other adventure games and metroidvania games is the many different difficulty levels to choose from. While most games may only have three, Legends of Ethernal has five difficulty modes to choose from. The developers themselves wanted to create a game that even their young children can play and enjoy with a very relaxed difficulty. However, they also wanted the game to provide enough challenge for more experienced players as well and added a Hardcore mode as well.

Legends of Ethernal is a charming adventure game with a unique art style that is inspired by that of Medieval European art found on tapestries and books. The story is well written and is well worth giving a go if you enjoy adventure games set in a fantasy world.

Thank you for reading our EXPlay on Legends of Ethernal. We hope that you find it useful in your decision in picking up the game for yourself. While there are a lot of hidden gems on the Nintendo Switch and a fair number of duds, we’ll leave it to you to decide whether a game is for you or not.