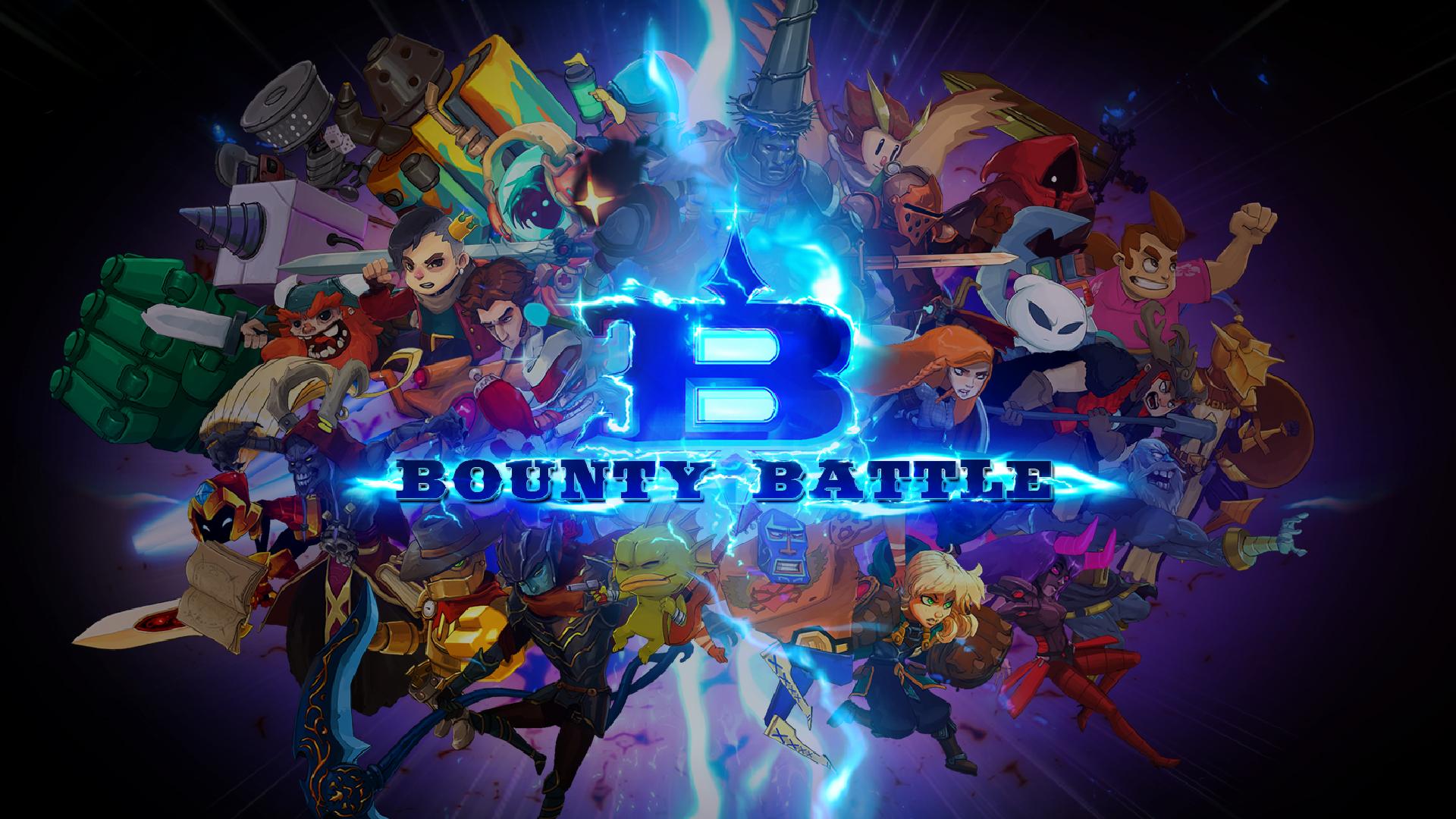 Bounty Battle first started as a Kickstarter all the way back in 2017; reaching 131% of its intended goal, the game earned roughly $40k for development. After being delayed once, the game finally released on September 10th, 2020 on all major platforms, including the Nintendo Switch. Does this epic roster challenge the likes of other major fighting titles and is it worth playing?

Booting up Bounty Battle treats you with an intense animated action-packed introduction scene, in which the likes of indie characters like OwlBoy, Guacamelee’s Juan, and Dead Cells’ Beheaded are teleported into this new realm and are pitted to fight against each other. It’s an enjoyable cinematic to watch, but unfortunately, that’s where the fun ends.

Bounty Battle is a 2D action-fighting game with a roster of both original and indie characters, some more obscure than others. As fighting games of this category go, you’ll go up against your opponent and, using your wide array of attacks, deplete their HP bar until it reaches zero to take a stock. Like Street Fighter and Mortal Kombat, you have various moves and attack combinations to rack up damage in one fell sweep. Additionally, there’s grabs, parries, and shielding, as well as some aerial moves for both combat and mobility. There’s an innovative mechanic in which, once collected enough cash, you can purchase a Bounty, a character from your respective game that allies with you temporarily.

There are various glaring issues with Bounty Battle’s core gameplay that kills any sort of enjoyment you can have with the game, many of which seem to be possibly fixed via future patches. Some of these flaws include: button delays with both vertical movement as well as when performing attacks, an unbalanced roster in which some characters feel far superior compared to others, sluggish movement, hard-to-read visual attacks, and strange hitboxes.

Not to mention the ability some characters have to juggle the opponent and have them locked in a corner, spawn camping with little to no frame invincibility, spamming powerful moves with no penalty to it, and an unbalanced Bounty mechanic that benefits some characters more than others. Aside from that, after the first few matches, the game simply becomes repetitious, and its unfairness prevents players from playing just one more match.

Bounty Battle is unfortunately severely lacking in modes worth revisiting. You have the standards like training mode and a local co-op mode. That’s about it. There’s no story mode, instead, it’s challenge mode, which pits you against predetermined CPU opponents that are far too easy to win against, and the challenge itself isn’t more than simply defeating your opponent. The other mode is a CPU vs. mode which doesn’t have much of a purpose existing since you can add CPUs to your match in the local co-op mode. As for multiplayer modes, you can only play against other people locally, since there is no online mode to be found.

The options for battle modes are limited too. There are only three game modes, and a toggle to turn on power-ups which are hard to distinguish from the rest of the battlefield, some of which don’t have clear functionalities. There are two types of stages, those that have walls on each side and those where you can fall off them. The latter one should not exist in this game -considering spawn camping, juggling, and recovery times- being knocked off means you will most likely not be able to recover. In a three minute match, I managed to cheese my opponent over fifteen times by simply pushing him towards the edge. Settings are quite barebones and there’s no option to customize button layout or turn off visual effects like the distracting “glitch pulse”.

The soundtrack for Bounty Battle, although it serves its purpose, has nothing memorable or attractive about it. Most songs loop after the first few beats and are quite forgettable. Sound design is alright for the most part but nothing really worth writing home about.

These indie characters come from different art-style games, some are pixel characters, others originate from 3D titles. When brought to Bounty Battle, they’re transformed into 2D models, and this art style unfortunately doesn’t capture the essence of their debut games. The animation has a 2000’s “Flash”-Esque aesthetic, somewhat like puppet movement. Though in screenshots the character designs look alright when in movement, the animation looks unfinished and choppy. Some hits, as well as KO’s, have this odd “glitch” effect to them that is quite distracting.

Stages are bland; flat surfaces with a background lacking detail. You’d think we’d see some of these indie’s most recognizable locations as setpieces, but instead, we’re treated to generic grass and dirt stages. Additionally, some maps are nearly pitch-black, making it impossible to see both the action on the foreground as well as the background.

When in the character select screen and the stage menu, every option to select from is faded in this dark gray layer, making it hard to tell what that area is. You have to hover your cursor over that option to light it up, which is both unappealing and unnecessarily difficult for selection (refer to the attached image for reference).

In matches, you can find your character card on the bottom corners, which lists numerous details like health and energy. But they’re way too small to see, with me having to squint my eyes to see exactly what’s being displayed in this area.

The entire presentation is as barebones as can be. The loading screen is a still image of the promotional artwork the game uses with no music in the background. Text fonts are generic, the menu itself feels empty and lacks any sort of liveliness. When in a match with more than three characters, logos and texts overlap each other.

Performance-wise, Bounty Battle barely runs on the Nintendo Switch. It struggles, both from loading times to frame-rate (in matches it goes around 15 to 25fps). Matches are choppy and there’s a huge delay in attack inputs. The resolution takes a dip too and looks blurry most of the time.

The core concept of Bounty Battle is strong and has potential, but unfortunately, the game itself plays more like a beta version rather than a completed product. It had the promise to be something great but ultimately fails to deliver.