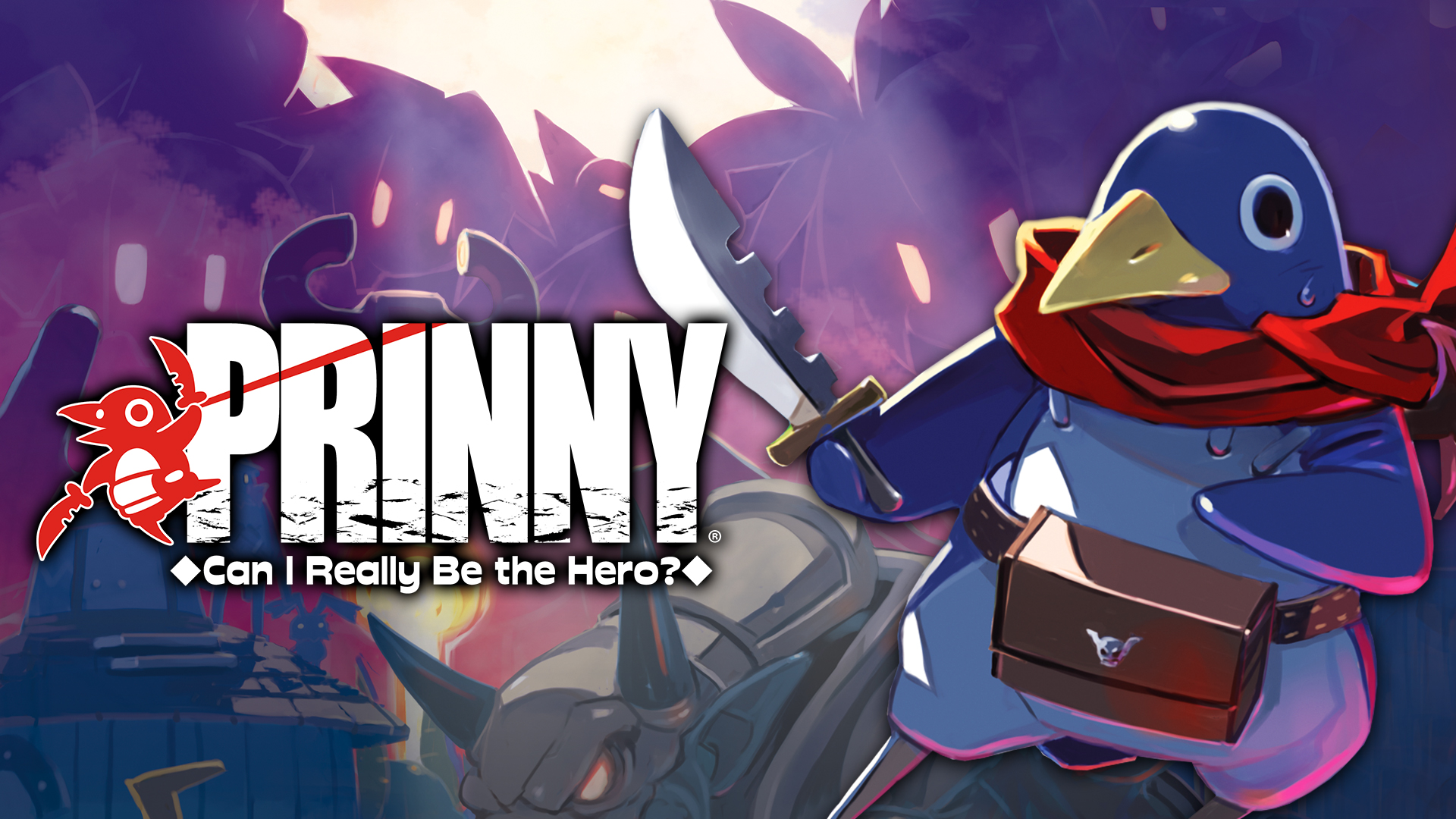 [Review] Prinny: Can I Really Be the Hero? (Nintendo Switch)

When a developer makes a video game series that becomes very popular, spin-offs are soon considered and occasionally become a reality. It is because of this and the success of the Disgaea series that a Prinny game came to pass and eventually became a mini-series of its own, but we won’t be talking about Prinny 2, as we’ll be covering it extensively with a review of its own.

First released in 2008, Prinny: Can I Really be the Hero? is making a remastered comeback that will see it gracing the Nintendo Switch eShop with its digital presence, but for those who prefer physical, there is a double-pack release that sees both Prinny 1 and Prinny 2 remastered and packaged as Prinny 1-2: Exploded and Reloaded. The Prinnies are well and truly back, dood!

Like with most Disgaea titles, a common setting is the Netherworld. A dimension very similar to the Hell depicted in the Catholic faith, and home to a variety of demons.

The lowest form of life in the Netherworld, however, are the common Prinnies, penguin-looking characters that owe their existence to wicked humans who committed a lifetime of sins, resulting in their souls being repurposed as Prinnies, the lowest of all demons and destined to serve and explode when thrown into things. (Not cool, dood! They also say “dood” a lot.)

It is because of this servitude aspect as part of a Prinny’s existence, we come to Master Etna. Having first appeared as a playable character in Disgaea: Hour of Darkness, Etna is a manipulative demon that is described as having an “intent on gaining power.”

As the master of a legion of Prinnies, she soon finds herself in desperate need of their assistance one day when her dessert goes missing and now, she requires the Ultimate Dessert or there is going to be hell to pay and she expects her legion of Prinnies to assemble it for her and she’s not taking “no” for an answer.

Due to their explosive nature, Etna quickly bestows a new power on the Prinnies so as to enable them to endure a couple of hits instead of exploding the first time they come into contact with anything. With no other option, the Prinnies set out, taking it in turns to be the hero. (“You’re up, dood!”)

Prinny: Can I Really be the Hero? is a creative take on the old platformer genre. You have your usual platform jumping, you have enemies you can choose to ignore or fight, but then there are also the game’s creative boss battles and life system.

Unlike in other platformers, there is no “collect 100 coins and get an extra life,” instead, you start off with 1,000 Prinnies (each Prinny serving as a life) and when you run out of Prinnies, it’s game over, dood!”

I loved hearing about this feature in the base game and find it to be a really interesting gimmick, however, do keep in mind the fact that special attacks, such as the Prinnykaze, will burn through your extra Prinnies.

Due to the combat element of the game, because there is more to do than just run and jump, players can opt to get close and personal with two knives, strike from a distance with the likes of bombs or hop into any “fully-armed vehicle” you can find and “go crusin’ for a bruisin’, dood!”

Don’t expect too easy a ride though, as well as 1,000 lives, players have just 10 hours to satisfy Etna’s request and as the in-game hours tick done, day turns to night and entire levels can alter as enemies will change, including bosses and the reward completed stages can offer players.

You’ll also want to give each stage everything you’ve got as your performance will be evaluated as each stage takes note of how many Prinnies you used, the collection of Lucky Dolls and the time it took you to complete it, resulting in a rank that can range from D to S. There is also a combo gauge that lurks near the bottom of the screen, which fills up as players attacks enemies, and enables you to earn rewards such as food items.

Including harder game difficulty, Prinny: Can I Really be the Hero? has a range of features, including all previously released DLC and the additional Asagi content, which can easily give players around 13 hours of game time, should you wish to play through the main campaign and go for the extras, such as going for every Lucky Doll discoverable in-game. (3 Dolls per level and requiring players to Hip Pound certain locations to get them to appear.)

There are also Orbs to be collected, Torn Letters, in-game awards and Secret Files, additional pages for the in-game bestiary (accessed by speaking with the data manager) that can be collected by destroying enemies, who have a small chance to drop it upon defeat. Players can also obtain some files from the lucky professor.

As for the orbs, once found, they can be used to unlock managers to access other in-game features such as music and adjusting music for New Game+, the runaway manager who lets you start the game from the beginning, but keeping all records and awards previously attained.

Players can even use orbs to get the right to record replays and revisit stages they have previously beaten. With regards to the torn letters, they can be found in the game’s hub world at different times of day and give players the means to experience a new storyline when they wish to start a New Game+, lose every life going or runaway.

For fans of the soundtracks encountered in most Disgaea games, you won’t be disappointed, just be sure to expect to hear the word “dood” spoken many times in addition to being written everywhere as voice actors are on hand to help bring the Prinnies and some other characters to life. (“Hurray for us, dood!”)

When Prinny 1 first released, it was a platformer that attained high praise for its creative level design, fun boss battles and interesting enemy designs, due to the fact they are based on food, due to the nature of the game’s Ultimate Dessert plot.

As a remaster, all of the game’s original lovely details have been upscaled, but that is where the remaster ends on a visual note. This is not a complete remake from the ground up and nor is there a new art style being utilised. It’s the original game just looking a little bit better than it did over a decade ago.

The art doesn’t quite hold up to other titles of the same genre, but it’s still a fun game packed with a punch with solid performance. Just a shame that the poor performance is let down by imprecise controls.

Despite all the laughs I had with Prinny, I do have one gripe with it and it is the imprecise controls I mentioned above. While I found the combat nature of the game to be flawless and easily become accustomed to the majority of all button inputs, I detest the running and jumping.

There were so many instances where innocent Prinnies met their end and it wasn’t because they were cut down to size and then blew up, but because I would run, jump and miss my intended platform. The controls feel completely off and are the worst thing about the whole game. They’re unforgiving and require extreme precision.

Despite the joint efforts of remastering Prinny 1, the graphics might have been upgraded, making the overall visual design all the more appealing, but all of the previous criticisms still remain valid. Controls still feel imprecise and the difficulty spike will not be for everyone. It’s a good effort Dood, but perhaps more Prinny’s needed to be sacrificed for better results.