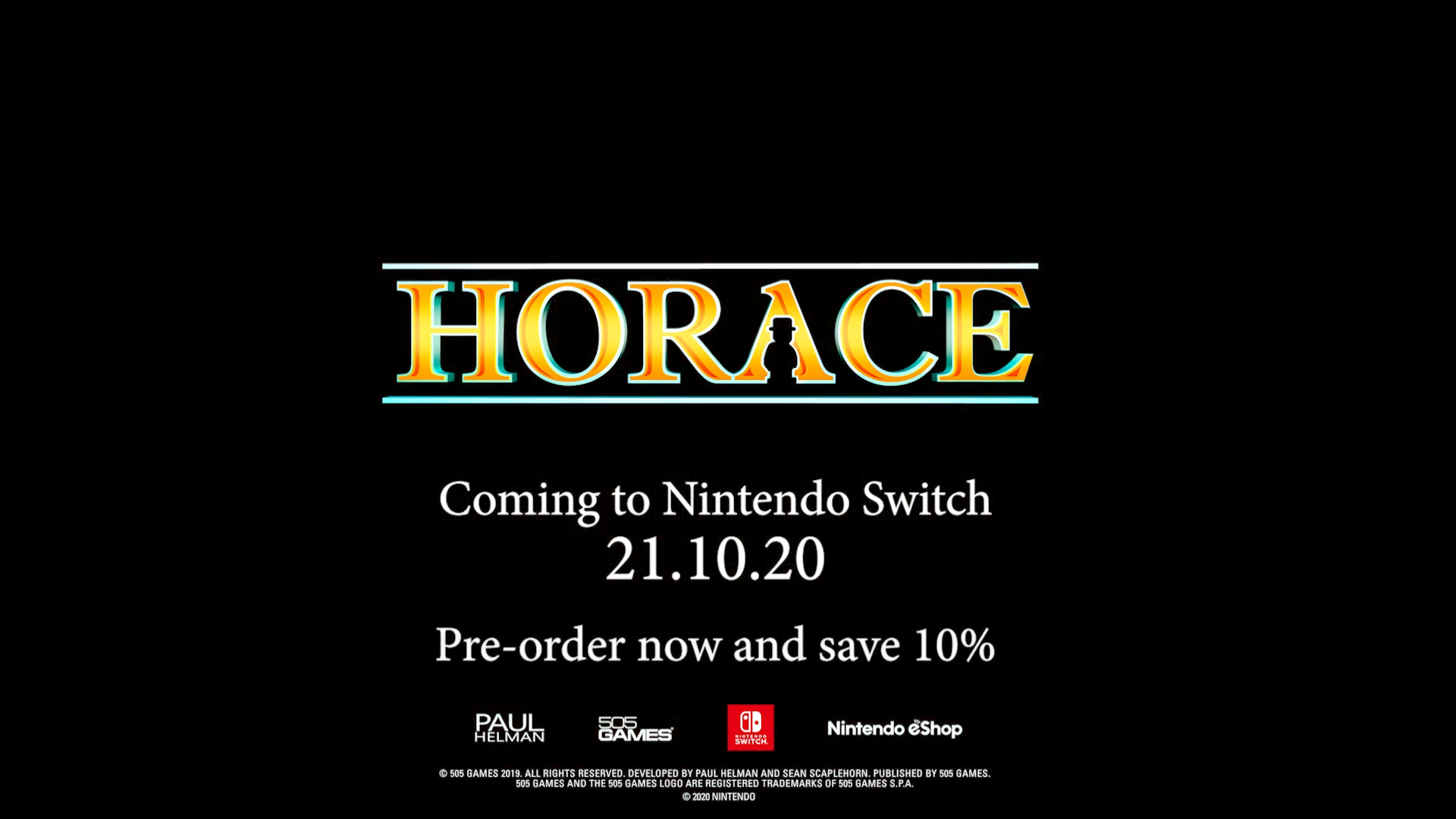 The charming pixel platformer Horace is coming to Nintendo Switch this month, 505 Games has announced. It will release on October 21st, 2020 and is available to pre-order with a 10% discount on the eShop. Horace follows a small robot on a big adventure with tough bosses and challenging puzzles.

CALABASAS, Calif. – October 1, 2020 – Horace, an instant classic and unmissable tale of a small robot on a big adventure, is taking its emotional and rich tale of self-discovery to Nintendo Switch on Wednesday, October 21 for £10.99 / €14.99 / $14.99. Players who pre-order Horace from the Nintendo eShop before launch save 10%, publisher 505 Games unveiled today.

Meticulously crafted by a two-person development team comprised of industry veterans Paul Helman and Sean Scapelhorn, Horace is one of the most unique and heartwarming of gaming experiences. The little, big game boasts more than 15-hours of thrilling platforming and adventure peppered with bold storytelling and quirky pop culture references that will leave behind for players a lingering nostalgia for the classic 8 and 16-bit era of gaming. Metroidvania-inspired abilities are unlocked as players progress through challenging platforming areas while puzzles and difficult bosses invite players to further put their skills to test.
Horace is a hand-crafted experience that will leave players laughing, crying, and ultimately cheering their way through a touching narrative complete with full cinematic cut scenes, a host of mini games, and secrets waiting to be uncovered.