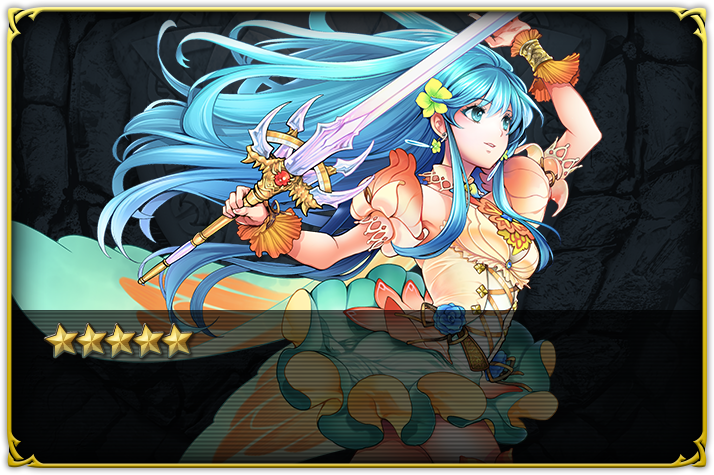 As more and more Resplendent Heroes are revealed for hit mobile app, Fire Emblem Heroes, the latest resplendent heroes revealed for the game, are none other than Olwen: Blue Mage Knight and Eirika: Restoration Lady.

Here’s what we know about them:

“I am Olwen of Friege. This is the attire of the Order of Heroes.”

“These are not mere clothes to me. They are a statement—a commitment. Please allow me to continue to fight by your side.”

Here’s Olwen wearing Askran attire! She’s taken the classic Order of Heroes white-and-gold theme and truly made it her own. I especially like how the white feathers on her hairpin stand out against her dark hair!

“The garb of Ljósálfheimr is not what I’m used to, but I do find it quite fanciful and elegant.”

“If I had the power of the ljósálfar, I would ensure that my brother and Lyon had nothing but carefree dreams. Like the old days…”

Eirika always looks dashing and daring in her usual armor, but she’s undergone a stunning makeover with this outfit from Ljósálfheimr. Those adorable ljósálfr wings and the flowers in her hair really tie the look together!