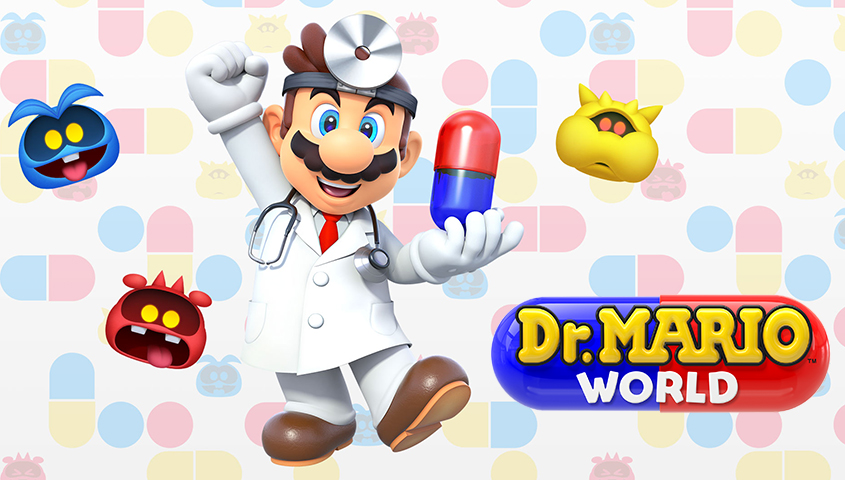 “Nintendo on the Move!”

Regardless of where you stand on Nintendo’s smartphone business, the Big N has established a presence and are showing no signs of letting it go just yet and with plenty of games and apps to keep up with, here’s our ultimate guide on everything Nintendo mobile:

In this game, Mario constantly moves forward through the courses while you use a variety of jumps to navigate. Mario will behave differently depending on the timing of your taps, so it’s up to you to show off particularly smooth moves, gather coins, and reach the goal.

An epic quest – A world with two kingdoms: the Emblian Empire, which wishes to rule all worlds, and the Askran Kingdom, which stands in its way.

Many modes let you play again and again –  In addition to the main story, there are many other modes where you can strengthen your allies, compete against other players, and more. Also, free and timely updates will continue to add new Hero characters, content, and other surprises to keep you engrossed with hours of additional gameplay.

This is recommended for people worried about things such as:

Below are three special features of the Nintendo Switch Parental Controls app:

Monitor play time on your console:

Check up on your console’s gameplay:

The Nintendo Switch Online app is designed to help enhance your online gameplay experience on Nintendo Switch™. With this app, you can check game-specific services (e.g., SplatNet 2 for Splatoon 2), invite friends to play with you via social media, and use voice chat while gaming.

You’re in charge, so you can decorate your own campsite however you like! Make it fun, make it cute, make it sporty—it’s up to you to craft the kind of furniture and amenities that will make your camp a must-see for animals visiting the area.

Help Animals As You Explore! – While visiting different recreational spots, you’ll meet new animals who could use a little help. They’ll be looking for fish, fruit, bugs, and other things to get their camping adventures started—and when you help them out, you’ll earn Bells and craft materials in return!

Craft Furniture and Amenities – The craft materials you earn by fulfilling animals’ requests can be used to craft all sorts of furniture and amenities for your campsite.

Just open up the Craft menu and place an order with Cyrus, the hardworking handyman from Re-Tail on the Road. Then sit back and wait! Or, if you’re in a hurry, you can move your order to the very front of the line by using Leaf Tickets. You can purchase Leaf Tickets with real money, or earn them through regular gameplay.

Your Campsite. Your Way. – The joy of Animal Crossing: Pocket Camp is creating a space that suits you and your style.

Your campsite can be anything you like—from a traditional space that celebrates nature to a flashy fun house with concerts and rides. It’s all up to you!

You can also customize your camper, visit your friends’ campsites to get ideas for your own, and meet new animal friends as you explore recreational areas!

Host Animals at Your Campsite – As you grow your friendships with different animals, they’ll want to visit your campsite. Craft and decorate with their favorite items, and you’ll be able to host them whenever you like—even if you change up your decorations completely!

A tale of heroes, legends, and allies, together – Over 60 voiced characters are ready and waiting to aid your quest!

Use your puzzle skills to eliminate pesky viruses!

Play together with friends and family around the world!

Mario and friends go global in this new Mario Kart as they race around courses inspired by real-world cities in addition to classic Mario Kart courses! These destinations will be featured in tours that rotate every two weeks! In addition to courses based on iconic locales, some of your favorite Mario Kart characters will get variations that incorporate the local flavor of cities featured in the game!

Endless Mario Kart fun at your fingertips! – The Mario Kart series known and loved by many is ready to take the world by storm – one smart device at a time! With just one finger, you can steer and drift with ease, sling devastating items as you go for the gold in cups filled with new and classic Mario Kart courses.

Nab 1st place with items and Frenzy mode! – In Mario Kart Tour you have access to an arsenal of powerful items that can mix things up on the racetrack! Turn up the heat by activating the new Frenzy mode, which gives an unlimited supply of a certain item and makes you invincible! Make the most of the ensuing chaos, as Frenzy mode only lasts a short time!

Collect drivers, karts, badges, and more! – Earn Grand Stars by racing or fire off the featured pipe to receive more drivers, karts, and gliders! You can also proudly display badges, earned by completing certain challenges, next to your in-game name!

Race to increase your online rank! – Boost with the best of ’em! Your high scores will determine how you compare to other players all over the world. Keep practicing and trying out different combinations of drivers, karts, and gliders to increase your score and rise to the top!

Miitomo is a free-to-start social experience that lets you spark conversations with your friends in a whole new way and uses Nintendo’s Mii characters, which first debuted with the launch of Wii Sports in 2006. More than 200 million Mii characters currently exist across Nintendo systems worldwide. To get started, users can quickly create a Mii character, customizing its facial features, eyes, hair, as well as voice and personality. Users can also use the camera of their smartphone or tablet to snap a photo that will be translated into Mii form, or they can simply import their Mii from the Wii U or Nintendo 3DS systems using a QR Code.

Once their Mii is ready to act as their social go-between, users can add friends in person, or through their existing Facebook or Twitter accounts. Once that step is complete, then it’s time to answer some questions. Miitomo creates conversations and turns discussions into a form of play by prompting users to answer all kinds of questions. Did you know that your best friend’s favorite food is pizza? Maybe, but did you know her favorite music genre is secretly polka? And that she believes in aliens? The answers get shared among friends, sparking interesting conversations – part of the fun is discovering surprise facts about your friends that you never knew before. When users hear how their friends responded to questions, they can give it a “heart” or comment through text or with a picture.

Mii characters will travel around and visit others that users have added as friends in the app, so it’s important to look good. As users experience Miitomo, they’ll earn Miitomo coins, which can be redeemed in the in-app shop to get all kinds of cool outfits. Users also have the option to get more Miitomo coins via in-app purchase. Users can set their own style with shorts, pants, socks, shirts, shoes, accessories and hats. If users want to go further in expressing themselves, they can dress up in a variety of outlandish costumes, such as a bear costume, pirate costume or hot dog costume.

Users can also express themselves with the Miifoto feature, which lets them put their Mii characters in fun poses with cool stamps, or by combining their Mii image with photos they have taken themselves. These creations can then easily be posted to social media services like Instagram, Twitter and Facebook.

Relevance: Pokémon Rumble Rush is developed by DeNA, who has worked on multiple mobile games for Nintendo and is connected to My Nintendo and as such, like the majoirty of Nintendo’s mobile games, can be used to earn Platinum Points