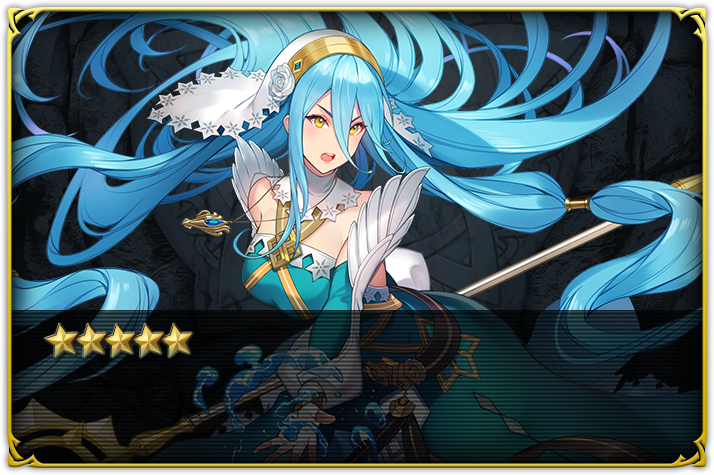 As more and more Resplendant Heroes are revealed for hit mobile app, Fire Emblem Heroes, the fifth and sixth resplendent heroes are none Azura: Lady of the Lake and Eliwood: Knight of Lycia.

This is everything we know about them:

“What sorts of songs do they sing in Nifl, I wonder? I’d love to try one out, and see how it feels.”

“Being at your side, feeling renewed…I can recall no happier time.”

Here’s Azura wearing attire from Nifl, the Kingdom of Ice! The key thing to notice here is the snowflake pattern on the hem of her headdress and gown. And she has snowy flower decorations around her head, just like Gunnthrá!

“The Kingdom of Askr has a rich culture. There is much to learn here.”

“It feels a little frivolous to fuss over appearances, but…I do look good, don’t I?”

Well, would you look at that! Isn’t Eliwood so distinguished in his new Askran attire? This outfit features a white and gold color scheme, and his sleeves are pleated, just like mine!

For those of you who wish to learn about previously distributed Resplendant Heroes, who can be purchased individually by pass holders, be sure to click here to learn all about Lyn: Lady of the Plains and Cordelia: Knight Paragon, or here for Ike: Young Mercenary and Sophia: Nabata Prophet.