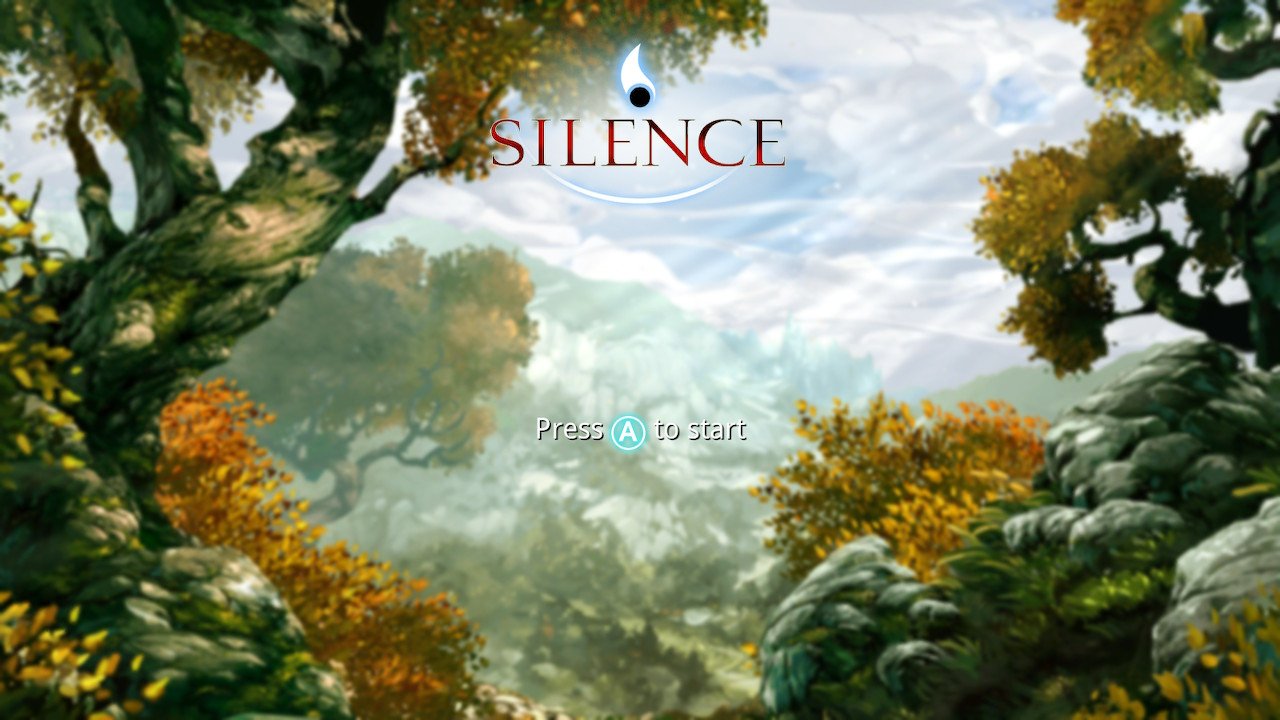 German developer and publisher Daedalic Entertainment released “Silence”, also known as “Silence: The Whispered World 2” back in November of 2016 on PC, Playstation and Xbox One. Nearly three years later, they brought Silence onto the Nintendo Switch. Though the first entry in the world of Silence isn’t available on the Nintendo Switch, it isn’t needed to understand the plot of the game.

With a game so heavily focused on its plot and narrative, it’s hard to talk too much about its story without spoiling any major plot holes it has. The first half of the game’s narrative is about our two main protagonists, Renie, and Noah trying to find a way to escape the magical world they’re trapped in, known as Silence. Though the second half stays with a similar end goal, a major plot twist changes the perspective of the world and its characters. This twist not only changes how the players see the world of Silence, but it also changes the characters as a whole and their own motives.

The plot itself, while both interesting and engaging, never felt like it had a solid idea of where and how it wanted to end. While playing, I always felt like the story was being made up while progressing and that there was never a solidified goal, to begin with. Especially with the half-point plot twist, which changed just a bit too much on certain characters.

Additionally, the story’s pacing is very odd; specifically, the ending, which felt very rushed. Silence has some great world-building and a unique overarching story, but the final moments felt rushed and ended off on a rough note. This left a bad taste in my mouth, as the buildup was way too good to end off on a down note.

But probably the most infuriating thing of it all is how most, if not all the characters get left aside during the ending segments and it’s up to the player to speculate on what could’ve happened to them.

Silence plays out as a Point and Click Adventure game, which is heavily focused on its story. In fact, you should get around roughly the same amount of time playing the game as watching cutscenes and listening to character dialogue. Silence has a roughly four to five-hour story campaign, though your time depends on how long you take to interact with the environment and solve the puzzles.

Speaking of which, there are a lot of objects to interact with. These objects (and sometimes characters) can be interacted with multiple times and they have new dialogue for each interaction. Character movement is slow and interacting with objects takes longer than what I’d like it to take, which does slow down the pacing of the game significantly in the long run.

Players get to control three different characters throughout the different segments in the story: Renie, Noah, and the wonderful magical caterpillar, Spot. Renie and Noah play similar because both characters are humans. Spot, however, plays differently, since he’s a caterpillar that can shape his body to different sizes, multiply absorb different elemental liquids, alongside a few other features. His character is just as fleshed out as the two main protagonists, though he serves more for comedic purposes in the story.

As for game modes, there isn’t anything else added into the package aside from the story. Though you can see an art gallery with a few sketches and previous character designs, that’s about all you’ll get for extra content. Once the credits roll, you’ve basically seen it all. Add in the fact that there are no secret collectibles to find and the game doesn’t let you go back to certain segments of the game to replay them.

The soundtrack composer Tilo Alpermann made for Silence is simply beautiful. It has some great moments when showing off the world of Silence, and it works great in giving the current setting a specific tone and mood. Though I’m not completely sure if the soundtrack is orchestrated or not, the tracks deserve more praise and recognition than what it has. Imagine the candy in your bag while trick-or-treating on Halloween. It’s a mixed lot where you get some sweet candy you really enjoy and some sour candy you don’t want. The same can be said for the voice acting, while some of the acting is like the sweets, others you really dislike because of how sour it is.

The voice actors interpreting the main characters (Renie and Noah) don’t do a swell job of giving their characters life and personality. They sound for the most part, like AI robots, simply reading a script in the most monotone way possible. The lack of vocal expressions heavily affects what could’ve been an otherwise emotionally profound story.The voice acting for the secondary characters do a better job of interpreting their characters. Sadly, the script doesn’t do the characters justice. I would’ve loved to learn more about the background of these characters, but they’re ultimately pushed into linear, lackluster roles with only a bit of interesting dialogue.

There’s no exaggeration when saying the world of Silence is absolutely stunning to look at. The gorgeous 2D background brings a layer of beauty to this mystical land, and it seems to be entirely painted. All the locations the characters travel to are beautiful in their own way, and at moments even the game takes its time to zoom out and show just how wonderful its scenarios are. It’s somewhat a bummer that certain locals get recycled in the latter proportions of the story. The character design is equally fantastic, with some great detail added to each one. There’s a sense of mysticality to each character, and the same can be said for the enemies. The level of detail on the characters’ clothing is beyond fantastic.

Sadly, the character models are a bit stiff, especially when it comes to facial expressions and body movement, which are kept to a minimal. Though barely noticeable throughout most of the game’s campaign, there are segments where the 3D character models interact with the 2D background, and they don’t mesh well at all. There’s only a handful of segments where it was way too noticeable to be ignored. As for performance, the game runs with a solid frame rate, though there are times where the game chugs and slows down a bit.

At times the game presents itself with a few puzzle areas for players to solve. Though most of them range with an average difficulty, other areas proved quite a challenge and were real headscratchers.

The lack of additional content makes the forty dollar price tag questionable. Though you do get an enjoyable story, four to five hours of playtime for that price may be a bit too pricey for some players, and this could ultimately turn down some players on getting it.

Silence has a lot of potential to be something special and spectacular, with its gorgeous vivid world and characters. Though voice acting and a corny loose narrative take a heavy toll on the overall enjoyment, I’d love to revisit Silence once more in the near future and explore more of what it has to offer.