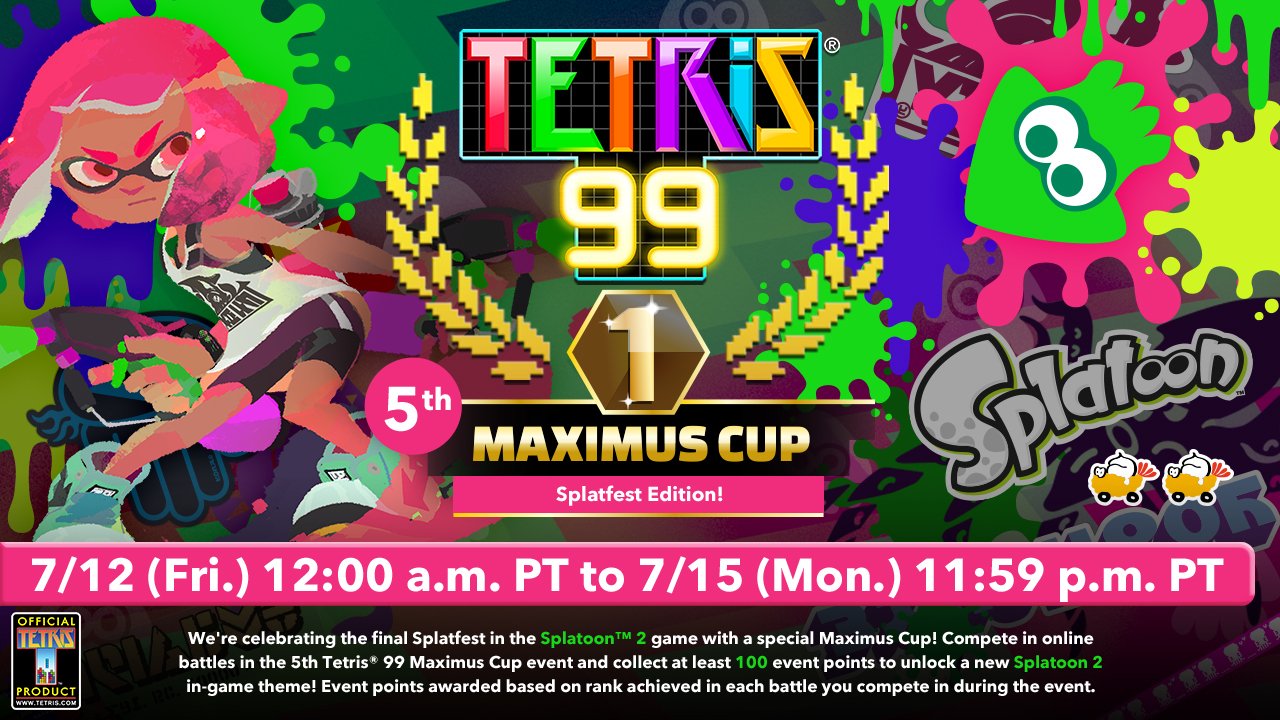 A fresh wave of fun is inkoming to #Tetris99 with a special MAXIMUS CUP celebrating the final #Splatoon2 Splatfest! Compete in the Tetris 99 5th MAXIMUS CUP Splatfest Edition on 7/12, 12am PT – 7/15, 11:59pm PT & earn 100 event points to unlock a Splatoon 2 in-game theme! pic.twitter.com/Z0qpIYq3wP