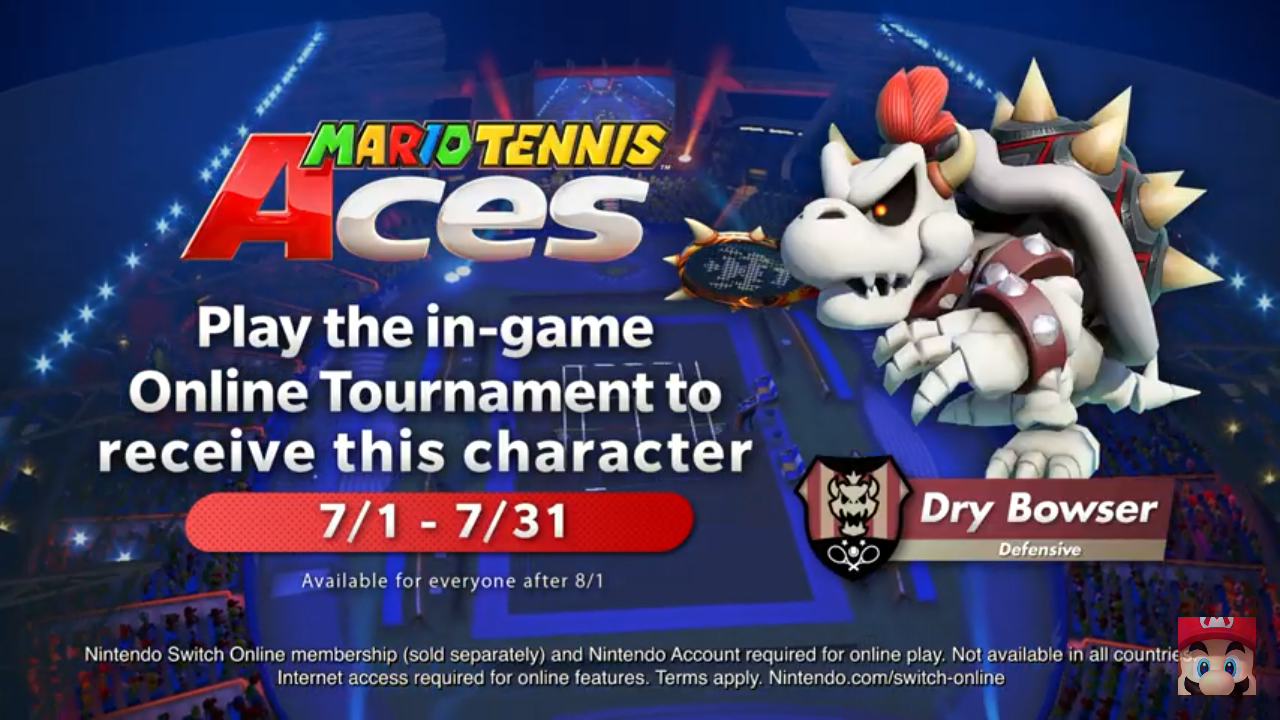 It’s now July so you know what that means? Another character is available in the Mario Tennis Aces online tournament. This month, it is Dry Bowser and he can be obtained simply by participating in a single match in the Tournament.

Dry Bowser falls into the Defensive-type category. His racket won’t receive damage or break, even if he fails to block Zone shots from his opponent. Dry Bowser has a very powerful backhand and can hit slice shots.

The extra rewards this month are Wario and Waluigi sporting their classic overalls. You can obtain them by collecting enough bonus points in the July Online Tournament. There is also an opportunity to unlock different coloured Shy Guys as the Shy Guy Train Tussle co-op challenge mode returns. Sky Blue, Orange and Pink Shy Guys will be up for grabs.