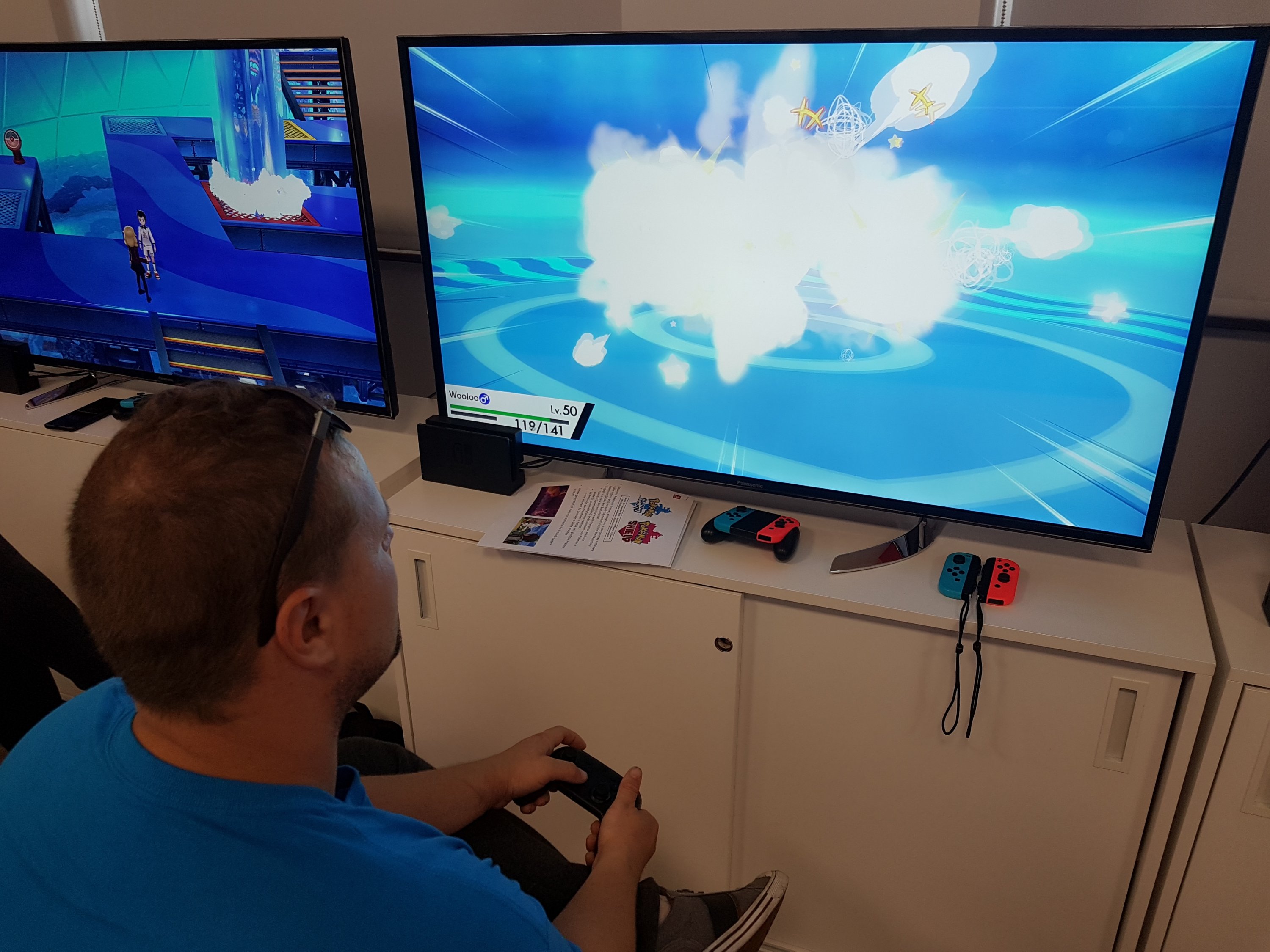 [Feature] Going Pro with Pokémon Sword and Pokémon Shield! Going Hands on with the E3 Demo with a Pro Controller

When it comes to Pokémon: Let’s Go, Pikachu! and Pokémon: Let’s Go, Eevee!, one of the biggest complaints about the games, was the lack of support for the Pro Controller but with a new Gen quickly approaching, the times are changing.

During a not so secret event at Nintendo UK’s offices, I had the chance to play a number of games that are all fated to release on the Nintendo Switch and one such game I got to play, was none other than a demo of the upcoming Pokémon Sword and Pokémon Shield.

In the bluntness of honest, the Sword and Shield demo was actually the first one all of us present, had the chance to play. Being the same demo that was at E3, there’s a good chance that you’re well aware of the fact that the demo consists of players tackling a water type gym led by Gym Leader Nessa.

What you might not know however, is the fact that the demo supports the use of Pro Controller and it and Pokémon, actually do go hand in hand. Thanks to Let’s Go, we have already seen what a HD Pokémon game could look like on Switch and while Sword and Shield do not meet the visual expectations many of us have, you should be delighted to know that they do at least try to feel like Pokémon deserving of a home console release.

Granted I only had fifteen minutes with the demo, but Sword and Shield do come across as feeling like they are Pokémon games made for the Nintendo Switch, but unfortunately, given how little the demo actually lets you do and see, as nice as the Dynamax feature is, ultimately the two games do feel like more of the same.

The puzzle in which you have to solve to even reach the gym leader, is nothing too distant to what we’ve had to solve in the past and the dynamaxing is just another gimmick intended to add something new to the game, like Mega Evolution and Z-Moves.

Unlike those previous gimmicks however, Dynamaxing, as epic as it is to see your tiny little Sobble grow exponentially, feels like something that could fall flat on its face, especially when players start to tire of the lengthy transformations.

Still, did you know that in addition to this transformation lasting for three turns and causing moves to become Max moves that it is a feature that could liven Pokémon battles in a new way? With virtually every in-game Pokémon being capable of Dynamaxing, there’s no knowing when your opponent will bust it out on you. (Why wait for the perfect moment when the most surprising one will do just as nicely?)

Nevertheless, just because I am not completely blown away by the visual presentation of the games and require more convincing on just how vital Dynamaxing is, I can’t deny the game isn’t appealing. Some of the new Pokémon feature a great design to them and Galar is certainly a region I can’t wait to explore, but even though the Pro Controller goes hand in hand with the gameplay on screen, Sword and Shield, is still just more of the same.

Let’s Go might not be everyone’s favourite modern Pokémon games, but at least GAME FREAK and The Pokémon Company tried going in a different direction with them. It was still mostly the same formula, just altered and simplified, whereas Sword and Shield just feels like the Ultra Sun and Ultra Moon games, but dumbed down. (Simplified battle mechanics, coupled with basic HP bars.)

Like Japanese Nintendo pointed out to me, the main series Pokémon games are still just playing it safe by sticking with the tried and true formula that has proven to be a big seller, whereas the lesser known Yo-kai Watch series is not afraid to kick the tree and shake some branches, due to how much the series has evolved, especially Yo-kai Watch 4 which varies massively when compared to the original game.

What I will say before I end this piece here however, is that for those of you who have watched footage of the demo, it is not a true representation of the game, as the final build will not feature the likes of a Vulpix being used in a battle against one of the gym’s trainers.

Furthermore, the final puzzle could feature an entirely different layout, the levels being at 50 was just for the demo and all three starters were playable, but hey, I earned my first Galar gym badge today and I do not want it to be my last.