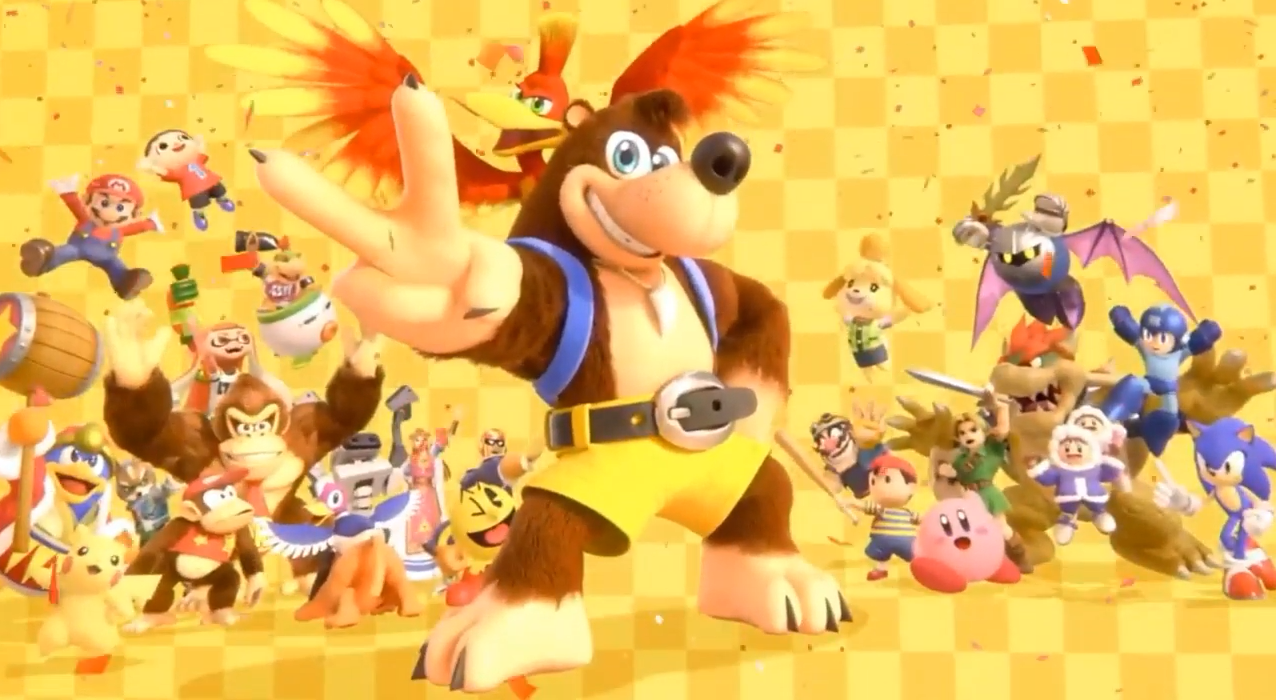 Banjo-Kazooie Is Coming To Super Smash Bros Ultimate This Fall

I will not deny it, today is THE happiest day of my gaming life. After all these years, Banjo-Kazooie has finally made it into Super Smash Bros. Ultimate. The Bear and Bird Duo will be joining the vast roster of fighters in Fall 2019.

The reveal was made during the Nintendo Direct E3 2019 towards the end of the presentation and it literally had me jumping for Joy. The reveal started the same way as the King K. Rool reveal. DK and Diddy Kong are napping, only this time King K. Rool is napping with them. After hearing a commotion outside, they look out the window to see a silhouette of a bird and a bear. It is then revealed to be Duck Hunt playing trick until he real Banjo and Kazooie leap into the scene with DK, King. Rool and Diddy cheering for joy.

Banjo-Kazooie was one of my favourite games for the N64 and they will no doubt become my main in Smash Bros Ultimate.