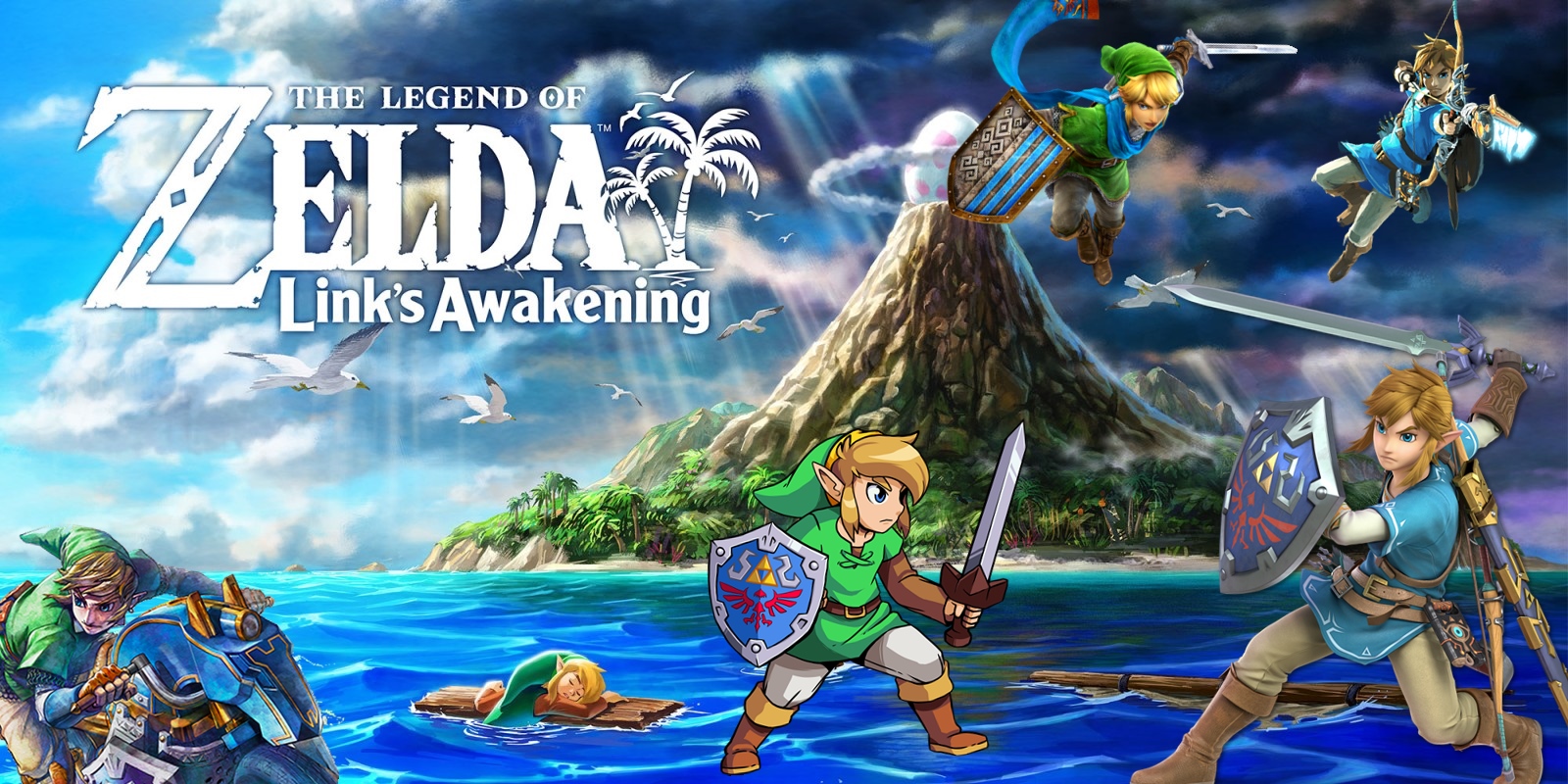 While The Legend of Zelda: Breath of the Wild, might be the first Zelda game you play on your Nintendo Switch, it is no means the only Zelda themed game you can play on the hybrid console.

In fact, in addition to the re-imagining of The Legend of Zelda: Link’s Awakening, which is due out in 2019, we also have two Hyrule games in the form of Hyrule Warriors: Definitive Edition, which is out now and the indie crossover that no one saw coming, Cadence of Hyrule, which is also due out in 2019.

In light of heavy presence on Switch, for those of you who are unaware of the other games, or just new to Zelda entirely, but own a Switch, then consider this guide your doorway to the many adventures you can have in Hyrule.

Forget everything you know about The Legend of Zelda games. Step into a world of discovery, exploration, and adventure in The Legend of Zelda: Breath of the Wild, a boundary-breaking new game in the acclaimed series. Travel across vast fields, through forests, and to mountain peaks as you discover what has become of the kingdom of Hyrule In this stunning Open-Air Adventure. Now on Nintendo Switch, your journey is freer and more open than ever. Take your system anywhere, and adventure as Link any way you like.

As Link—or even as Princess Zelda—you’ll explore the randomly generated overworld and dungeons on a quest to save Hyrule. Every beat of each remixed, The Legend of Zelda tune is a chance to move, attack, defend, and more, so stay one step ahead of each enemy and boss…or face the music.

From modern-looking Lynels to the Hyrulean Soldiers of old, you must master the instinctive movements of each pixel-art enemy, and strategically outstep them in rhythmic combat. So equip yourself with an arsenal of iconic Legend of Zelda items, as well as the spells and weapons from Crypt of the Necrodancer. You must be prepared to face Hyrule’s most wicked bosses, which have been transformed by magic, granting them mighty, new forms!

The Legend of Zelda: Link’s Awakening (No Price Given)

No. of Players: To be Determined

In this modern re-imagining, players travel to the mysterious island of Koholint to guide Link on a perilous adventure. The Legend of Zelda: Link’s Awakening arrives exclusively on Nintendo Switch in 2019.

Still, those are just the main series games and spin-off titles related to the Zelda series, for the likes of Link is playable in other games and so, here is a run through of fourth other Switch available games with Zelda connections:

Winner of 200+ Game of the Year Awards, Skyrim® arrives on the Nintendo Switch™ console. The open-world adventure from Bethesda Game Studios® where you can virtually be anyone and do anything, now allows you to go anywhere—at home and on the go. New features include motion controls, gear based on the Legend of Zelda™ series, and amiibo™ compatibility.

Dragons, long lost to the passages of the Elder Scrolls, have returned and the future of Skyrim hangs in the balance. As Dragonborn, the prophesized hero born with the power of The Voice, you are the only one who can stand against them.

Live another life, in another world—from battling ancient dragons, exploring rugged mountains, building a home, or mastering hundreds of weapons, spells and abilities. For the first time ever, go into battle Legend of Zelda style: fight with the Master Sword, guard with the Hylian Shield, while wearing the Champion’s Tunic. The game also includes official add-ons—Dawnguard, Hearthfire, and Dragonborn.

Raise Some Hell – Ages ago, angels and demons birthed your world in a forbidden union. Now they’ve come to claim it. Stand tall among Sanctuary’s meek and wicked to battle walking corpses, horrifying cultists, fallen seraphs, and the Lords of Hell. When the High Heavens and the Burning Hells war, humanity must be its own salvation.

Unholy Trinity – The Diablo III game, the Reaper of Souls expansion, and the Rise of the Necromancer pack are all part of the Eternal Collection: 7 classes, 5 acts, and seasons’ worth of demon-smashing.

Defy the Darkness – You’re a surrounded world’s only defense against Heaven and Hell. Arm yourself with a Joy-Con™ or the Pro Controller, and choose from 7 dark fantasy classes, each with its own way to slay.

Eternal Replayability – Evil is never vanquished forever. Whether you’re testing yourself against new difficulty settings, playing through the epic story campaign, searching for the perfect skill combo, expanding your collection of gear, racing through random dungeons, or traveling Sanctuary anew each season, you’ll always have a fresh challenge to seek out.

Assemble the Perfect Arsenal – As you charge through Diablo III’s five story acts, you’ll collect gear from Sanctuary’s furthest reaches, including legendary items that change your entire playstyle and armor sets that provide dynamic bonuses as you uncover more pieces.

Your Path to Power – Diablo III’s power-building system is flexible enough for an afternoon or a full season. Push back the Burning Hells with spears, storms, and zombie dogs—over 800 unique abilities to unlock and master. Turn fire into lightning, split your magic blasts, and change your skills to create devastating power combinations.

It’s Dangerous to Go Alone – Jump into local, action-RPG multiplayer with up to three friends, and crush demons from your comfiest couch cushions, no internet required—or fill out the ranks of your party online. You can play Diablo III shared-screen on a single Nintendo Switch™, remotely on up to four Nintendo Switch ™ consoles, or combine TV and handheld play.

Honorary mentions go out to both Bayonetta games, which include multiple Nintendo IP outfits, including Link’s green tunic, to Phantasy Star Online 2: Cloud, which features a Breath of the Wild themed Link, Monster Hunter Generations Ultimate and of course, The Legend of Zelda, Zelda II and their SP versions that are all available via the Nintendo Switch Online library of NES games.

As always, we hope you found this guide helpful and hope to see you again soon when we update this guide with any and all new information that comes.