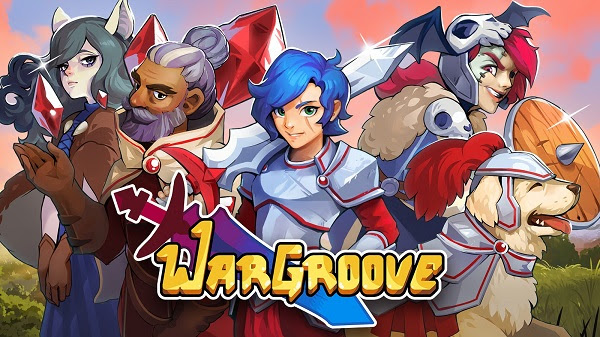 Players around the world will be able to enjoy the tactical (and adorable) gameplay of Wargroove in ten different languages when it releases on Windows, Nintendo Switch, Xbox One, and PS4.

January 16th, 2019 – Ready your troops and take up arms in preparation for the launch of ‘Wargroove’, Chucklefish’s newest, self-developed and published title. Following hot on the heels of the release of Stardew Valley on exciting, new platforms, the UK-based indie studio is set to launch their retro-styled, tactical-gem to the world – literally! Partnering with Shloc, whose body of work includes the Dragon Quest series, Ni No Kuni: Wrath of the White Witch, The Last Guardian, and Yokai Watch, Wargroove will hit the ground running in ten different languages. See the gif below for a taste of the language support offered in this soon-to-be indie-darling:

Wargroove will be playable in English, German, Spanish, French, Italian, Brazilian Portuguese, Russian, Japanese, Simplified Chinese, and Traditional Chinese! Even better, all these languages will be available at launch! Chucklefish will be monitoring feedback and will consider adding in more languages after launch based on user feedback.

Take to the battlefield with Wargroove, a turn-based strategy game for up to 4 players! Choose your Commander and wage war on battling factions, using your ‘groove’ to strategically sway the fight in your favor! Design and share online your very own maps, cut-scenes and campaign stories with easy-to-use editors and in-depth customization tools!