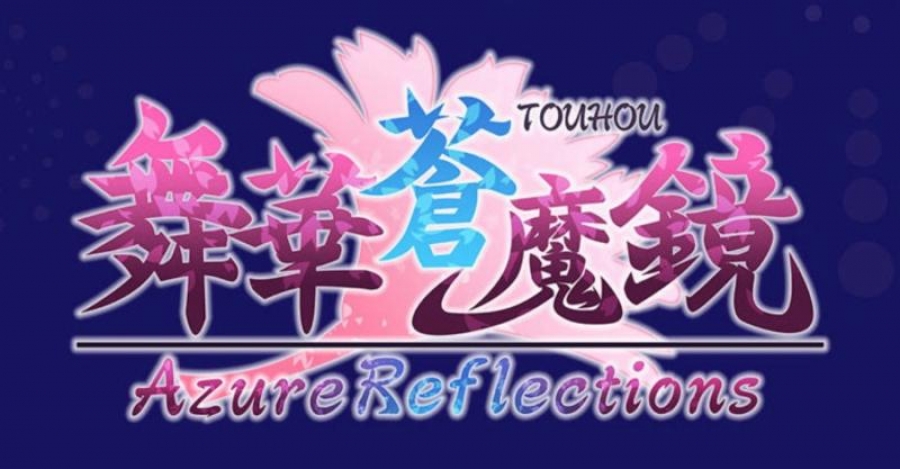 When a new bullet-hell, shoot em’ up game is launched on the Nintendo Switch, I immediately want to play it. If you couldn’t tell from the many written reviews I’ve done for the site, it’s one of my favorite genres. However, some players may not realize within the shmup genre lies a series of games that have been doing the bullet-hell shooters justice. Azure Reflections takes the best and worst of what makes a “Touhou” shooter and incorporates those mechanics in some unique and interesting ways.

Originally released in 2012, Azure Reflections has now made its way to the Switch and is just the newest in a long line of Touhou Project games coming over to console. This one, unlike many other titles featuring the Touhou Project characters, is a shoot em’ up that’s horizontal instead of vertical. You can also fire not only to the right but behind you to the left and this is important because enemies will be coming at you in all different directions throughout.

Azure Reflections is relatively light as far as modes are concerned, with the main gameplay mode being the Story mode. It features three playable characters, with two being unlocked from the start. Completing additional stories will unlock the third character, and also a set of bonus chapters that don’t add much beyond just a few more levels of play. There’s also a Practice mode that you can use to improve your skills with the controls, while also being able to practice tough levels and bosses so you can improve. You will need to play on Normal or Hard difficulties though in order to unlock everything.

Gameplay-wise, it’s all relatively standard for a shoot em’ up with you having your main firing projectiles with some special weapons, and a shield to use. The shield serves multiple purposes as you can boost through enemies to destroy them, absorb bullets, and stun bosses when knocking into them to stop whatever attacks they’re charging up. At certain points, you will be rewarded with spell cards or bombs that will allow you to perform special moves that clear out stages and deal some serious damage to tougher enemies.

The controls are as smooth as you would expect from this type of title. Having all these tools at your disposal might make Azure Reflections sound like an easier bullet-hell type of title, but it’s not at all and you only get a limited number of continues. Thankfully, it’s fairly easy to see where your hitbox is located, so you know what part of your character is important to watch out for. You are able to take on additional hits, but when you take damage you get stunned and there’s no brief window of invincibility. In the later stages, getting stunned once is essentially a death sentence since you will get hit before getting out of your stunned phase.

In the levels themselves, there are some collectables to keep an eye out for, as well as collecting money to buy items at the accessory shops between missions. Here, you can dress up your character and there’s a serviceable amount of content to keep you busy for players who wish to 100% the title. These accessories can also give your characters different perks, such as a smaller hitbox or increased item pickup radius. It’s not just cosmetic, so there is some incentive to try and pick up the points that the enemies drop when they die.

The story is a standard Touhou Project related story, but these games were always more about the gameplay and not necessarily the narrative. There are some interactions between the character in the still cut-scenes that can be somewhat humorous, but nothing very compelling. In all honesty, I felt the story was actually a negative as it killed the pacing and many times the importance of a shoot em’ up is to keep the intensity at a high level throughout.

Visually, Azure Reflections uses bright and colorful environments to great effect, not making anything appear too dull or lifeless. The backgrounds especially were beautiful to look at when not trying to dodge an abundance of projectiles. Lastly, like many great shoot em’ ups, the music is outstanding and makes you feel right at home with the lush and vibrant art aesthetic.

Overall, Azure Reflections is a fun and challenging shoot em’ up that’s over way too quickly. Unless you’re a die hard fan of shmups or Touhou Project content, there’s not too much that will change your mind if you don’t like the genre. Azure Reflections may not be the best shoot em’ up on the Switch, but it’s still a fun experience that is lacking from a content perspective.